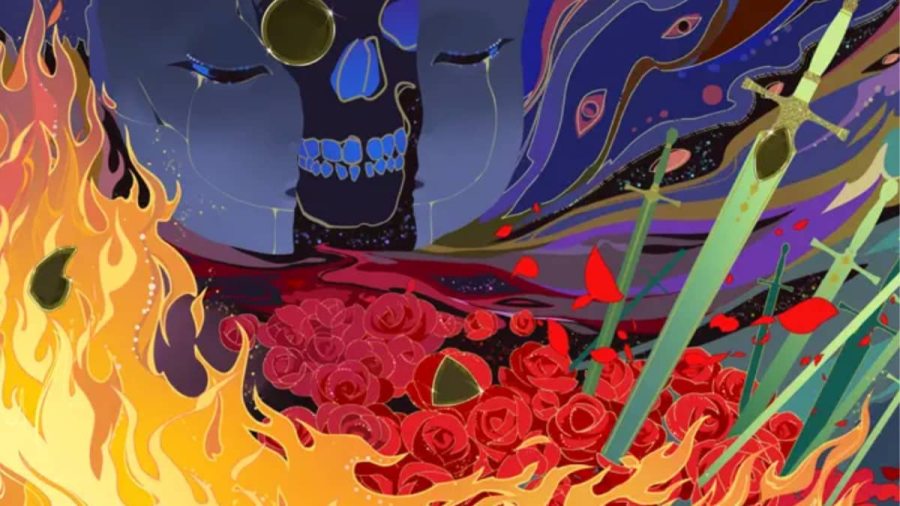 The Manor of Hermes is a new exploration area that holds a major plot point in A Love Poem to Skadi. Players first had access to this content as a limited time event back in January 2022. It is now available permanently as DLC. Exploring the abandoned Manor will reveal various secrets and unlock Erin's Winter, the peculiar Treasure Box that Johann Brose gives to you at the start of your adventure.

You must choose a male lead to accompany you to the Manor of Hermes, and each of them can be invited using one Lamp Light. These can be obtained from the Skadi Island Reputation system and are rewards for reaching levels two, four, six, and seven. It's impossible to explore the entirety of the Manor without inviting all four male leads to help you.

How to Explore the Manor of Hermes

Upon entering the Manor of Hermes, you can control Rosa and your accompanying male lead by swiping along the movement circle at the bottom left of the screen. There are various Investigation spots in the expansive abode's 50 rooms, which you can interact with by clicking on the Action button at the bottom right of the screen.

Normal Investigation spots are marked with an arrow and will prompt an internal dialogue upon interaction. These don't contribute to your Manor exploration. However, keep an eye out for sparkling Investigation spots, which give you important clues to solving the mystery behind Skadi Island.

To complete your exploration, you need to clear all of the Manor's Objectives, which can be accessed through the Tablet menu. This means Investigating the sparkling spots in all the specified rooms on each floor using the right characters. Opening the Tablet will also show you a mini-map of the Manor, making it easier to maneuver.

Don't skip the locked objects inside some rooms, as unlocking them will merit you game rewards, such as Stellin. Moreover, some areas can only be accessed with various keys, which you can obtain by raising Skadi Island residents' Affection.

Once you have all four gemstones, you can unlock the Treasure from the Tablet menu inside the Manor.

Check out our guide on How to get free R cards in Tears of Themis event (A Love Poem to Skadi) to make the most out of the event.