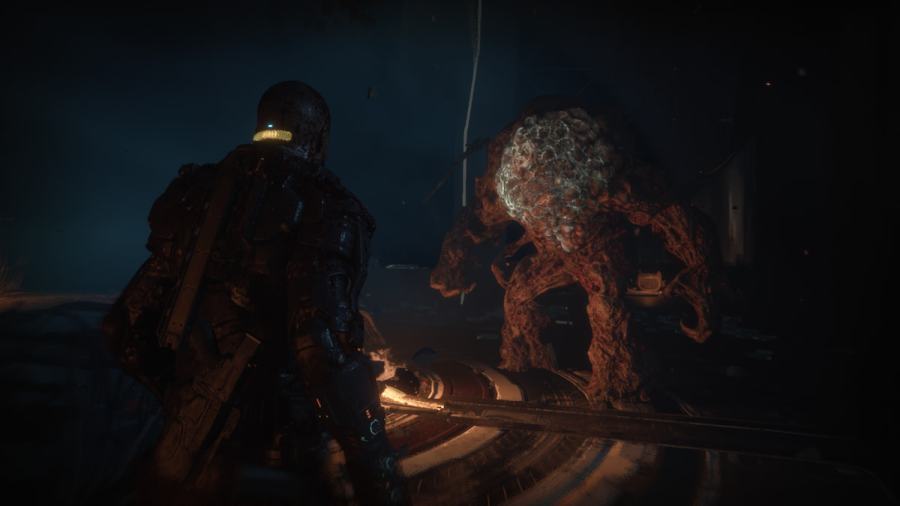 Captain Ferris is a reoccurring boss in The Callisto Protocol, but it is only during the game's last chapter that Jacob can deal the finishing blow. The final fight can be very difficult and requires paying attention to how fast Ferris is running and getting rid of the extra enemies as quickly as possible. You can do this with any weapon, but one weapon, in particular, makes it much easier. This is Captain Ferris's boss guide for The Callisto Protocol.

How to beat Transformed Captain Ferris in The Callisto Protocol

The boss fights in The Callisto Protocol tend to have enemies be able to take out the player in just one hit. In the first part of Captain Ferris's encounters, Jacob will have to dodge around four times in a row before being able to counterattack with either melee or ranged attacks. Once he is transformed, the timing becomes more forgiving, but Jacob won't be able to take any hits. A single dodge will give players enough time to shoot him, and the best weapons for this are the Skunk Gun or Riot Gun, as both function as high-damage shotguns. He has a flesh shield in front of his face that will have to be gotten rid of by doing damage to it.

Related: What is the moon of Callisto in The Callisto Protocol?

All around the area, if players haven't already explored it, are blue boxes containing ammo and health. There are also red explosive canisters that can be thrown using the GRP. The biggest issue with the boss fight is knowing when it is safe to not be facing Ferris and actually explore the area to pick up items or reload. Players have to dodge one attack to get distance from Ferris and then run. He will slowly walk towards Jacob for a few seconds before breaking into a sprint. This is especially useful if players need time to heal in case they get hit by the additional creatures that come in. These creatures will explode and can deal a lot of damage, making them necessary to take out quickly.

Each creature will drop resources and can die from being thrown with the GRP or shot a single time. You can use weapons like the Assault Rifle or Tactical Pistol to conserve ammo, however, switching between everything takes a few seconds. The sound of booming footsteps will indicate when Ferris is coming and will require players to look at him to dodge. The aim is to dodge, reload and gather resources, fire, and repeat. Vaulting can also get more distance but can be dangerous if Ferris is already sprinting.

How to defeat Captain Ferris in The Callisto Protocol