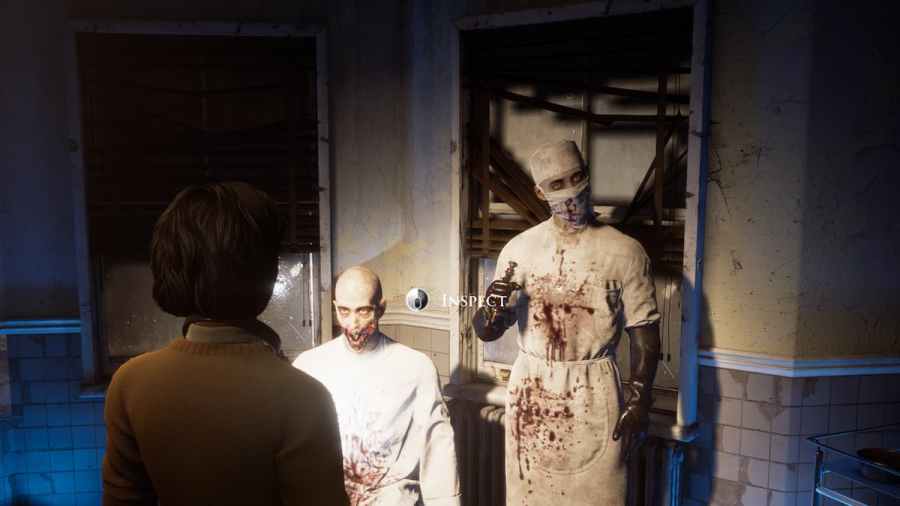 In The Dark Pictures Anthology: The Devil in Me, you get to play five different characters, and Erin is one of them. She is the sound engineer for the crew, and she is the most vulnerable character in the game. There are several instances where Erin's life hangs in the balance, and your decision seals her fate. Here's how to save Erin in The Devil in Me.

How to save Erin at Blackout in The Devil in Me

Blackout is the first instance where the crew comes across Du'Met. The masked killer isolates Erin, and she succumbs to an asthma attack. Du'Met then offers Erin the inhaler, and you'll have two choices at this point: you can either attack him or take the inhaler. The best choice in this scenario is to take the inhaler instead of trying to fight Du'Met.

At the Silver Ash Institute, Erin comes across several corpses and even a recording implicating Charlie. Although the recording is fake, Erin's life is threatened in this chapter. You'll have the option to run through the door or hide in the closet. We recommend listening to Jaime and hiding in the closet, as this saves Erin's life.

Related: All voice actors and cast in The Dark Pictures Anthology: The Devil in Me

How to save Erin at Breathless in The Devil in Me

In the Breathless chapter, Erin and Kate are locked in a vacuum chamber, and you can save only one of them. We recommend saving Erin, as this option saves both characters. After Erin escapes, a brief cutscene ensues where Mark breaks the glass and saves Kate.

How to save Erin at Lake in The Devil in Me

Every character becomes vulnerable in the last chapter as the crew escapes via a boat. Du'Met comes aboard and targets Erin first. You must press the respective button in time to escape the swing of his axe. Performing the Quick Time Event (QTE) timely lands Erin in the water and saves her life in the story.

How to save Erin in The Dark Pictures Anthology: The Devil in Me