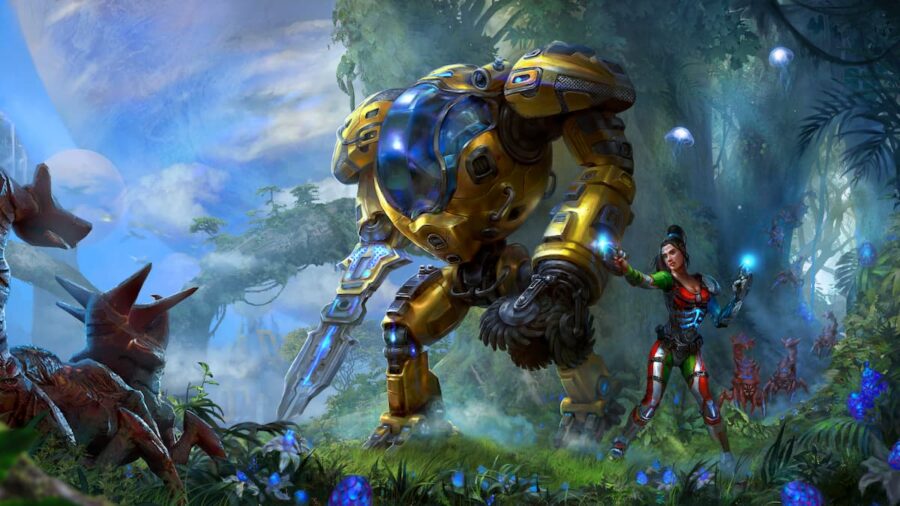 The Riftbreaker is a survival base building game with tower defense elements. The player must tame the wild environments and creatures of Galatea 37 so that Earth can colonize the planet. Players must rely on their wits, their mecha suit Mr. Riggs, and the defenses of the bases they build.

The Riftbreaker features several game modes, including a campaign, survival, and sandbox mode. Players may find themselves wondering if it is multiplayer in The Riftbreaker or if they can survive the planet with a buddy in a co-op mode.

Related: How long to beat The Riftbreaker

The answer is no—for now. Developer EXOR Studios is focusing on creating a single-player experience in The Riftbreaker. They plan to add an online co-op but state that this could take between 6 months to a year, if not later. In the meantime, they do plan to add additional content as they work towards the goal of co-op.

As The Riftbreaker tasks the player with managing their base alongside battling the natural elements of Galatea 37, having a partner would certainly make things easier. While EXOR Studios plans to add multiplayer to the game after launch, how this will be implemented is unknown. Ideally, players will experience the campaign together, but it could be limited to survival and sandbox modes.

For more information on gaming, check out How does the store work in Tribes of Midgard – Full Store Rotation List and How to upgrade troops in Age of Darkness: Final Stand on Pro Game Guides.

How to upgrade buildings in The Riftbreaker

How to research in The Riftbreaker

How to disassemble weapons and equipment in The Riftbreaker

Will there be DLC for The Riftbreaker

All Biomes in The Riftbreaker

How to craft weapons and upgrade your Mecha in The Riftbreaker