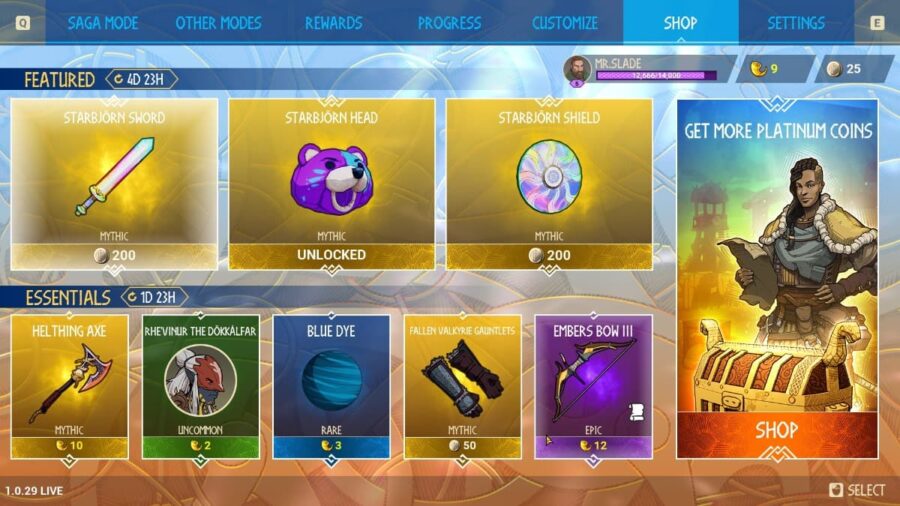 The store in Tribes of Midgard will rotate items on display on a daily and weekly basis from a select group of items.

Items from the weekly tab called feature will cost an in-game currency called platinum that can be either bought or earned through season rewards or challenges.

Related: Where to find and How to get all Resources in Tribes of Midgard

Daily items are also labeled as essentials and are on a rotation through a list of items that will change daily in a rotation - it's unknown if the feature items are on a similar cycle or what items are in the possible rotation cycle.

So if you ever miss out on something, check back in a day, and it might be back in the store; however, if you are looking for an exact time frame in which the game cycles and rotates through store items, there isn't any at this time.

But it's safe to say it will most likely take a day because the raider axe was in the store on launch day and took a day to reappear in the store again. That said, here's the full store rotation list in Tribes of Midgard below.

When is season 2 of Tribes of Midgard coming out?