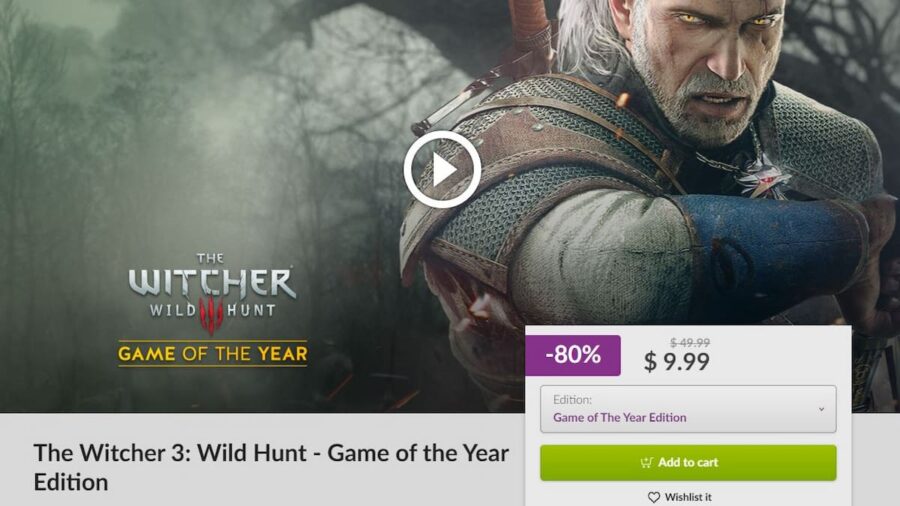 After the thrilling announcement of a new game in The Witcher saga by CD Projekt Red on Mar. 21, fans of CD Projekt Red can currently grab the mainline titles from the series for roughly $15.

The developer and publisher of both The Witcher franchise and Cyberpunk 2077, CD Projekt Red, has listed a sale on the GOG site for all of The Witcher games, as well as Cyperbunk 2077, with the discounts for the games ranging from 50 percent to 85 percent off. This sale is part of the hype around the announcement of the new game in The Witcher franchise. There have been no details as far as how long the sale is expected to last, so it is best to assume that this sale is time-sensitive.

Want to read more about The Witcher? Check out a great article like Best Scrolls in the Witcher Monster Slayer on Pro Game Guides.