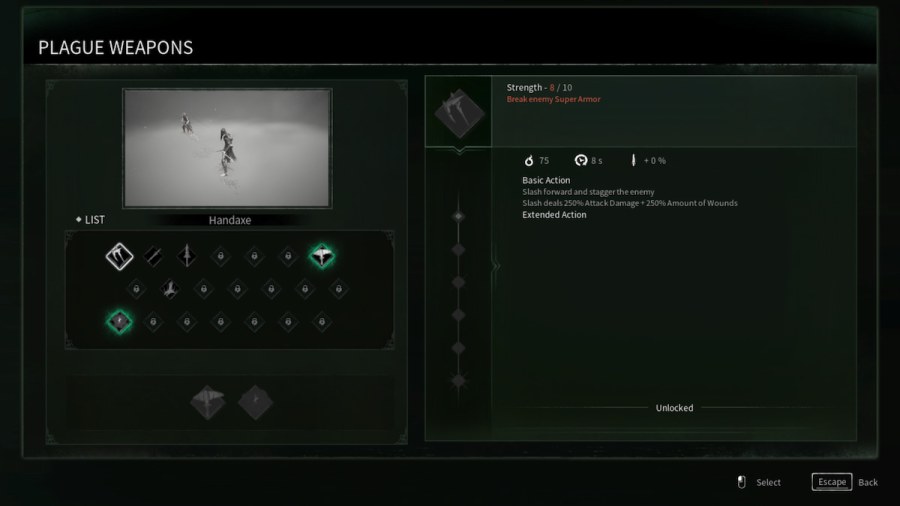 Players can use Energy in Thymesia to use various weapons to deal damage. These Plague Weapons are unlocked by collecting three shards of the desired weapon and then unlocking them at the Beacon or Philosopher's Hill. There are plenty of chances to get these shards, and certain enemies will have a higher chance of dropping them. Once collected, you can upgrade these weapons to deal more damage.

How to unlock Plague Weapons in Thymesia

Players going through the beginning of Thymesia will eventually encounter strong enemies. There are several variants, but these powerful enemies will have more health than the mobs around them. Many will drop special items and Shards the first time they are defeated. Once players have three shards of the same weapon, they can unlock that weapon for themselves. By continuing to get more shards of the same weapon, players can even upgrade that weapon even further.

Related: Best Weapons in Cult of the Lamb

How to farm for Plague Weapons in Thymesia

Players can continue to farm against enemies that wield a specific weapon for a chance of that enemy dropping Shards. In the Strategy section of the Talent Tree, players can put their points into Luck to increase the rate that items drop. By resetting the area or exiting the memory so that the mini-bosses respawn, players can have a better chance of obtaining the shards they want.

How to keep Energy high in Thymesia

For more Thymesia guides, check out How to get through the brown poison in Thymesia on Pro Game Guides.

How to unlock new Plague Weapons in Thymesia