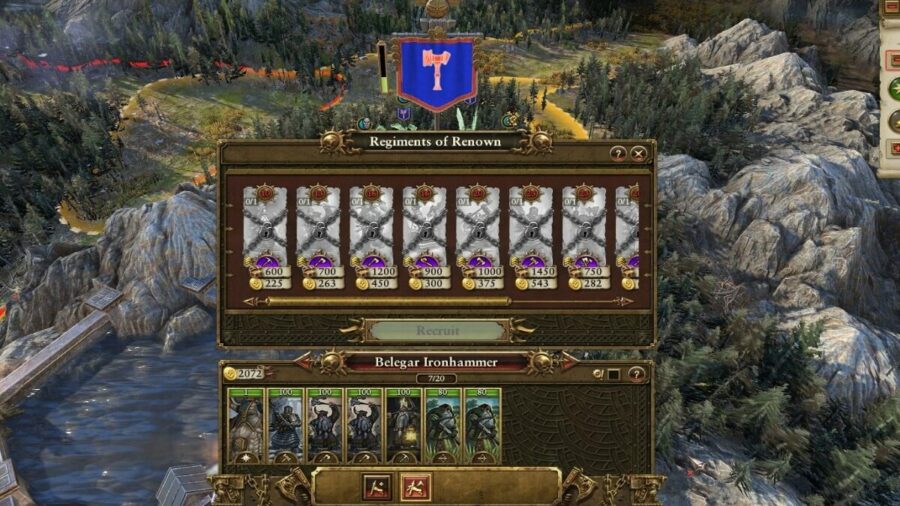 Regiments of Renown are unique units in Warhammer Total War 2, with both unique lore backgrounds and abilities, but how does one exactly acquire these famed regiments?

How to recruit Regiments of Renown in Warhammer Total War 2

To get regiments of renown in Warhammer Total War 2, you must first level your lord to a particular character rank; at every rank all the way to rank 30, one regiment will unlock for you. At this point, you can then recruit the newly unlocked regiment of renown by pressing the button to do so next to recruit units. However, with some regiments, you will need to progress to a certain point in the vortex campaign to unlock them; other than that, in mortal empires, all you need to do is rank your lord to the required level. 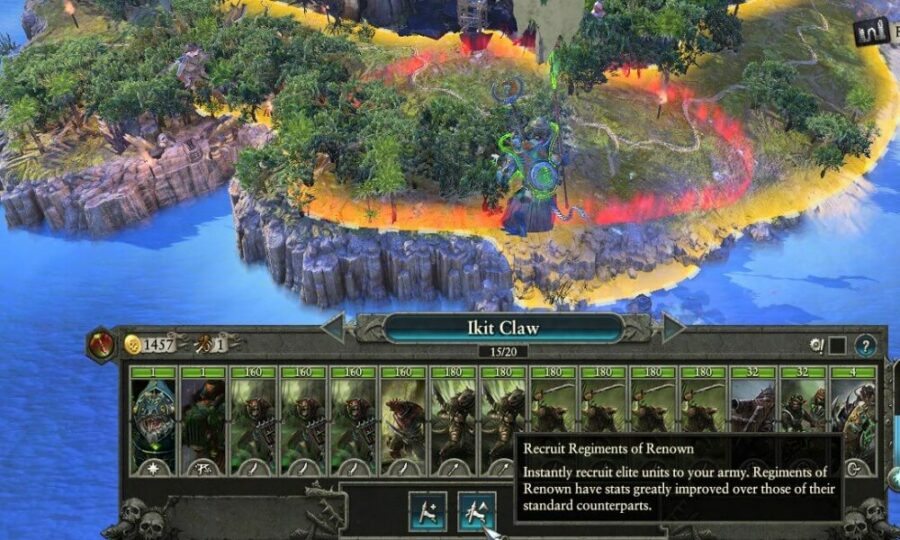 Once pressed, you should see a small tab open above showing you a list of units similar to the normal unit tab; find the regiment of renown you want on this tab, and click it to acquire them. As a side note, you will also need to own a certain DLC of either the first or second game to access some regiments of renown; the following below is every DLC you will need.

How to level your lord's rank in Warhammer Total War 2

In short, to level your lord's rank, you will need to beat battles and sieges, complete mission objectives, quests, and quest battles; killing enemies in combat will also add to leveling your legendary lord in Warhammer Total War 2. Along with this, you can also gain some decent XP from simply recruiting new units