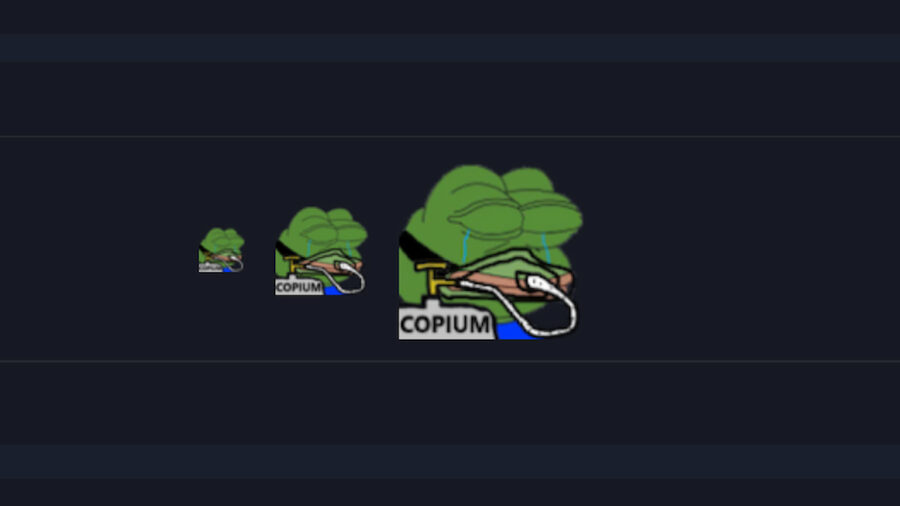 The COPIUM emote is one of many emotes available to Twitch users with BetterTTV (BTTV) extensions installed. It is also available through FrankerFaceZ (FFZ), as well as the 7TV extension. Users without the extension installed will only see the text in chat, and mobile users will have to have a third party app installed to see it. The emote represents a fake drug that is used to "cope" with various things. This is what Copium means and how to use it in Twitch chat.

What Copium means on Twitch

The COPIUM emote on Twitch is a multifaceted way of representing someone coping with something. It can be seen using one of several third-party extensions on the user's browser. like BTTV. This can be used with many different statements that pertain to a lot of stream content or just as a reaction to something someone says. Some examples include:

Related: Twitch Emotes Unable to Load – How to fix

What HOPIUM means on Twitch

The HOPIUM emote is available on the same extensions as COPIUM. However, the meaning is slightly different. The emote is used to denote optimism and can't necessarily be used interchangeably with Copium. When using HOPIUM, users tend to place it after extremely optimistic sentiments. When used sarcastically, the emote is used in the same way, making it difficult to discern whether people are serious or merely joking.

What HYPERCOPIUM means on Twitch

For more Twitch guides, check out What does Poggers mean on Twitch? on Pro Game Guides.

What does ‘Copium’ mean in Twitch chat?