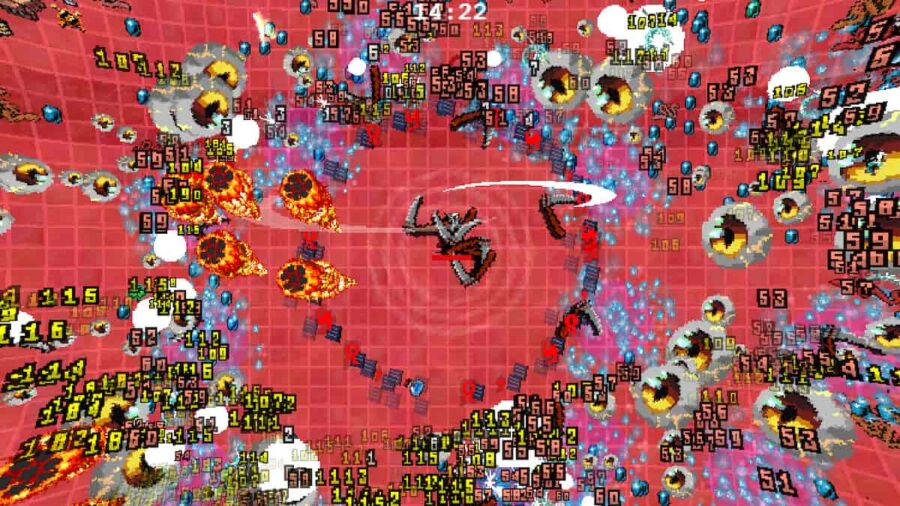 In Vampire Survivors, the Clock Lancet has been a weapon in the game since the beginning, but until now has lacked an evolve. The time-stopping weapon is now upgradable into the Infinite Corridor as of patch 0.6.1.

But the process for unlocking the evolution of the Clock Lancet is quite lengthy. So here’s how to do it.

To evolve the Clock Lancet you’ll need to find the Silver Ring and the Golden Ring. These are Hidden Items, which can only be found after unlocking a Relic called the Yellow Sign.

How to unlock Moonglow

The Moonglow bonus stage is accessed by unlocking Hyper Mode for all regular stages in the game. For more details about unlocking Moonglow, check out our guide here.

How to reach Holy Forbidden

To reach the Holy Forbidden, you need to survive for 15 minutes in the Moonglow with a non-secret character. That means not Exdash, Toastie, Boon Marrabbio, Leda, or the Mask of Red Death.

Related: How to recover your save data in Vampire Survivors

To unlock the Yellow Sign, you need to reach the end of this stage. While this sounds simple, you’ll have to dodge attacks from dozens of angelic creatures. You’ll also need to dodge exploding enemies and lock-on attacks like the ones from Gallo Tower.

If you die during this stage you’ll be able to access it again in the stage select. But once you complete this stage and grab the Yellow Sign it won’t be available again.

The Yellow Sign is at the end of the map, floating in the air. Once you unlock it, Hidden Items will be revealed on all stages.

How to get Silver & Golden Ring

The Silver and Golden Ring are two hidden items on each stage. If you’re unsure of where they are, pause and check the Milkyway Map in the pause menu. You’ll need to collect both of these items to evolve the Clock Lancet.

How to evolve Clock Lancet

Once you have the Clock Lancet, both Silver and Golden Rings, you’ll need to level up the Clock Lancet to level eight, and then open a chest dropped by a boss enemy. Then you’ll have a high chance of evolving the Infinite Corridor. If it doesn’t work the first time, find another chest and try again!

How to evolve Clock Lancet into Infinite Corridor in Vampire Survivors