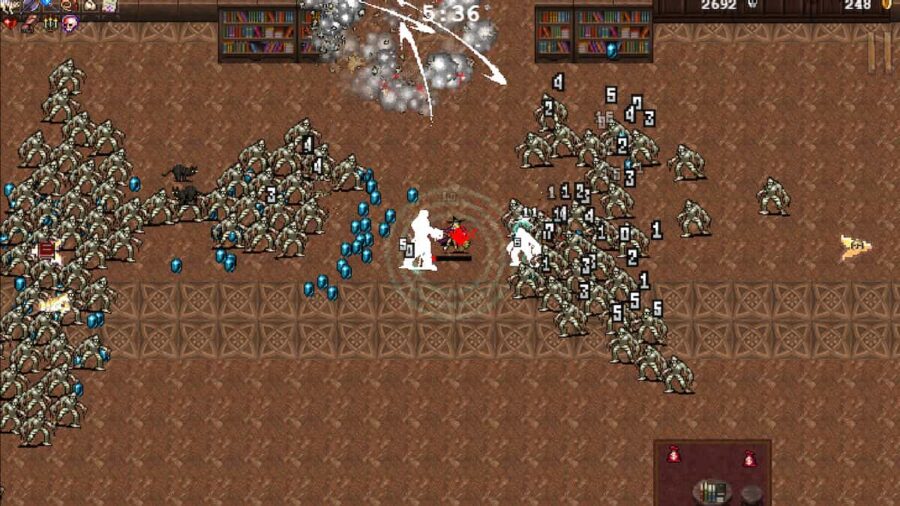 The Gatti Amari is one of the most unique and bizarre weapons added to Vampire Survivors. A weapon that summons cats from pentagrams, which then proceed to randomly attack in any direction, the Gatti Amari is a crazy weapon. Here’s how to unlock it.

How to get the Gatti Amari weapon

To unlock the Gatti Amari, you first need to have unlocked Giovanna Grana. She’s found in a Coffin in the Inlaid Library, the second level of the game.

Related: How to unlock Giovanna Grana in Vampire Survivors

What does the Gatti Amari weapon do?

The Gatti Amari summons cats in the corners of the screens. These cats will run around and periodically use an area of effect (AoE) scratch attack. However, this AoE attack will also damage the player.

Beyond this, the summoned cats will occasionally start a brawl with each other. When a cat is close to another summoned cat, it has a chance to start a brawl, which creates a larger AoE circle, with high damage.

Additionally, the cats from Gatti Amari can consume pickups dropped by light sources, such as Floor Chicken, etc. Below we’ve listed all the effects the cats can have from pickups:

Finally, the chance of all these interactions is affected by the Luck stat. The higher a character's Luck stat, the more likely the cats will attack enemies, the less likely they’ll attack players, and the higher the chance they start a fight and pick up negative pickups.

How to unlock the Gatti Amari weapon in Vampire Survivors