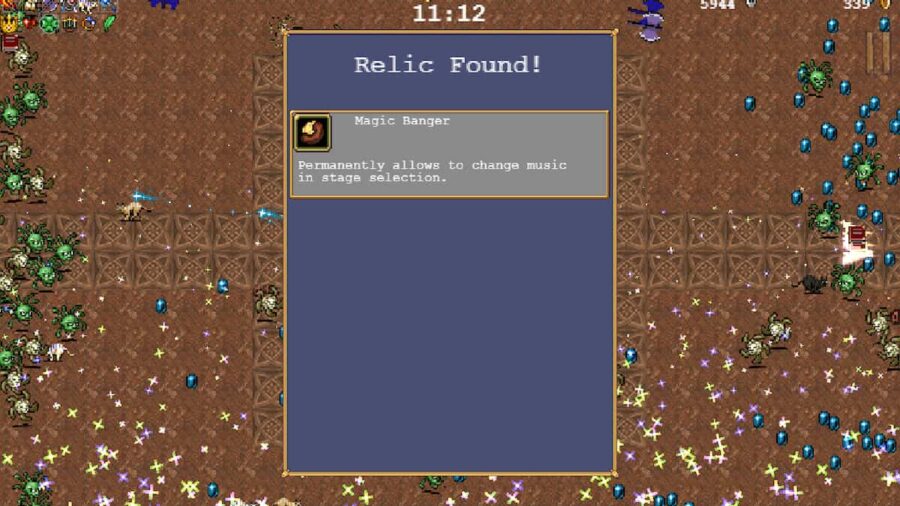 How to unlock Music Selection in Vampire Survivors

To unlock Music Selection, you’ll have to head to the Inlaid Library stage, the second stage you unlock in the game. The Magic Banger is located on the far left of the stage. It’s guarded by four witches who’ll shoot projectiles at you and clock lancets which slow you. These are tough enemies, so it’s definitely worth stocking up on weapons and upgrades before heading to face them.

The Magic Banger is actually a double pun. The item resembles a sausage with mashed potatoes, which in British slang is known as Bangers and Mash. The second pun is the fact that a Banger is also slang for an incredible-sounding song. Much like the music in Vampire Survivors!

Related: How to evolve the Shadow Pinion into the Valkyrie Turner in Vampire Survivors

How to find the Magic Banger

Once unlocked, Music Selection appears on the left-hand side of the stage selection screen. For each song, you can select Normal, Hyper, or Forsaken. Normal mode is self-explanatory, but Hyper speeds up the song, and Forsaken slows it down. Enjoy picking your background music!