Our World of Warcraft: Classic How-to Make Gold Guide features the best methods for farming and gaining gold in the game! Gold is a lot harder to come by in the old school WoW, and you'll need it for a variety of things to make your life easier when playing.

Why Do I Need Gold?

It's important to understand that Gold is a lot harder to make in the Classic version of World of Warcraft. Players who played back when the game first came out remember the long grind from levels 30 to 40 where you had to save up a bunch of Gold to get your first mount. This is incredibly important, because you will want a mount immediately. Getting around in the game is a huge pain, you'll be bound to flight paths and running around (slowly) to get to where you need to go. Your first mount in Classic is one of the big upgrades you get, and it makes getting around the map a whole lot easier.

One of the best ways to make gold is to take up professions very early in the game, basically as soon as they are available. Gathering professions in particular are the best for making money. You'll want to pick two from Mining, Herbalism, and Skinning. Pick whichever you think will mesh the best with what profession you might want to do when you are level 60. Mining goes with Blacksmithing, Herbalism goes with Alchemy, and Skinning goes with Leatherworking.

You should do these while you level up, because your ability to obtain the resources is bound by your skill level in the particular gathering profession. In normal World of Warcraft, you can gather whatever you want and still gain skill points and obtain materials. In WoW Classic, you have to be a certain skill level to gather the resource.

Here's a few different methods just to save yourself gold and time while you are playing the game.

Find a Mage to Give You Food/Drink

Food and drink are pretty important, and you will likely always need some to recover your health and mana. Instead of purchasing it, try to befriend a Mage and have them craft it for you. If you don't have a friend or guild mate, there's players that will hang out in the main cities that will likely sell it to you at a fraction of the cost then you would spend at a vendor.

When you are grabbing some new skills from the trainer, you don't need to grab every single one that's available. Only purchase the ones that you actually plan on using, there's a lot of skills that aren't useful at all or won't be useful for the build you are running.

Have a Bank Alt

Create a character you have no intention on leveling to prevent yourself from having to make long travels across the map to go to the bank or auction house. This will also save you some money on travel fees, and just generally save you a lot of time. Mail any items you want to store or sell on the auction house to this character.

Here are some specific ways to make yourself some money in the vanilla version of World of Warcraft!

This has been the most common strategy to farm gold over the lifespan of World of Warcraft. This can be a long term strategy, however, so if you need gold right away, then you might want to consider some of the other options.

What you want to do is gather up enough gold to purchase both the Shadowfang and Assassin's Blade from the Auction House. These will be flooding the market because of how many people will be playing the game in the early stages of the launch. You can then, hopefully, sell those in a couple of months when the surplus of items has gone down and the demand has gone up. This should net you a pretty tidy profit, but again this is a more long term play.

To go further with this, you can use a couple of addons for the Auction House. Both Auctioneer and Aux will help you figure out what you can purchase that's below market value, and will give you a chance to sell them for a higher price!

When people are grinding out their levels they will be hoping to cut down on the time spent traveling around Azeroth. If you're a Mage, you can charge people some silver to Portal them to their next location! You can do this by sitting in the main hub city (Stormwind for Alliance & Orgrimmar for Horde). You can also conjure stacks of food and drink and sell that to players. Just charge less than what it would cost to purchase it at a vendor!

Fishing is one of the more lucrative professions, and one everyone can get. It's something you'll want to level up, because fish you can catch like Stonescale Eel and Nightfin Snapper sell very well on the Auction House because they are both used by raiders in either potions or for food.

Nightfin Snapper is used in the recipe Nightfin Soup which is used by healers to not only restore health but mana as well. The fish can only be caught at night, from 6pm to 6am in whatever your server time is. You can find them in the following locations:

The eels are used by Alchemists to create Stonescale Oil, which is then used to create valuable potions like the Flash of the Titans. You will need to be at least 205 skill to catch these, and they are best farmed at night. You can find them in the following locations:

This is a farming method that involve collecting an item you will need if you are a caster in raids, but will also net you some pretty sweet gold. You will need to go to Felwood and to the places circled on the map below. 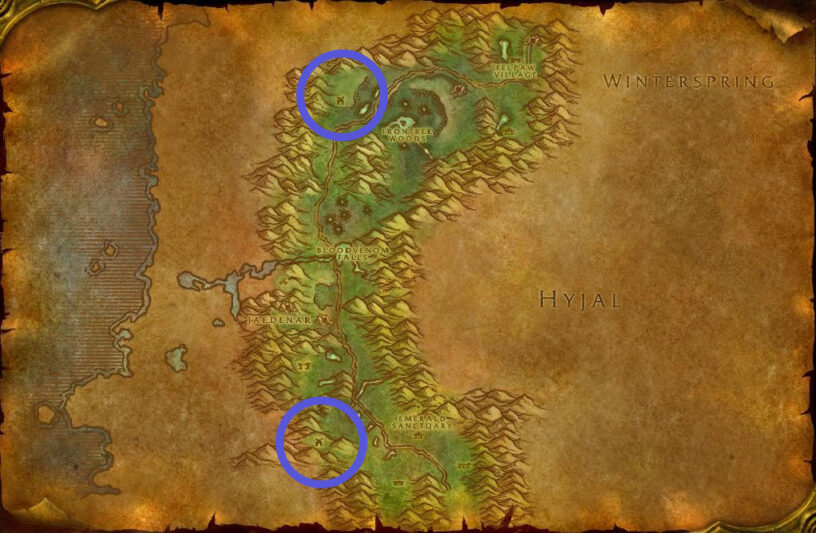 These areas have a bunch of satyrs that are part of the Jadefire clan. If you're a raider, they drop Demonic Runes which can be used to recover mana at a cost of your health. You are likely going to need to farm these regardless, so it's worth your time to hit these spots. The other thing they drop is Felcloth, which is a hot item for Tailoring. Not only is it used for the Felcloth Bag, it's also used to create certain Warlock items that are quite powerful. This cloth sells very well on the Auction House, so farming it plus gaining runes will kill two birds with one stone.

If you're looking to get a bunch of leather, reagents for raids, and possibly a rare pet, then grinding whelps is for you! You can go back at 60 and grind these, or you can add these to your leveling experience and make some gold along the way. These whelps drop Small Flame Sacs, which can be used to craft Dragonbreath Chili (Cooking), Fire Protection Potion (Alchemy), and Flame Deflector (Engineering). Each type of whelp listed below can also drop a Whelpling Pet that can sell for a lot of gold on the Auction House. Keep in mind that the pet is very rare, it's around a 1 in 1,000 drop rate. So, don't count on getting one of those unless you are super dedicated to the grind. 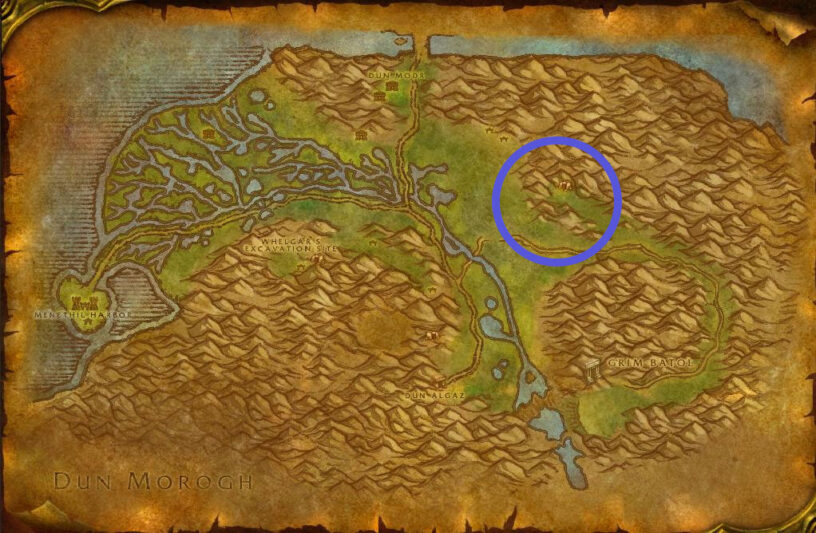 You'll find Crimson Whelps in the Wetlands. You'll want to be level 26+ to kill them efficiently, but higher is better for speed. They can drop the Tiny Crimson Whelpling pet! 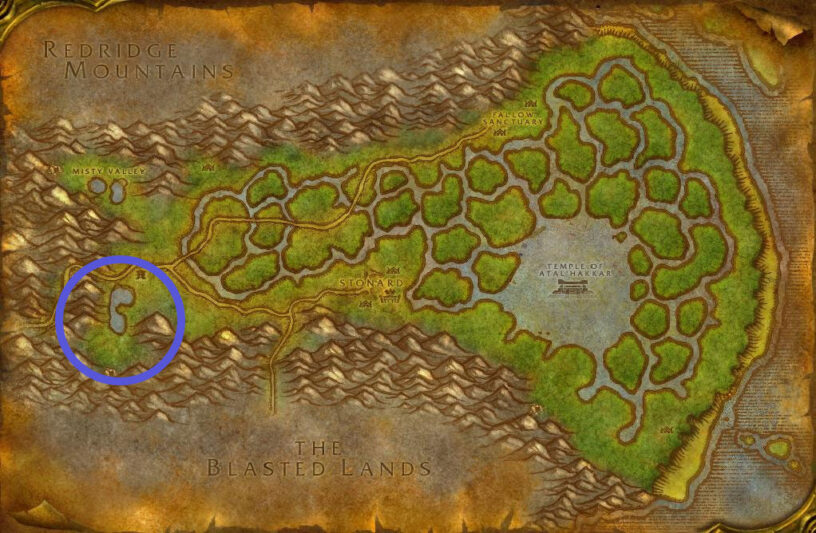 Dreaming Whelps can be found in the Swamp of Sorrows. You'll need to be level 36+ to kill these efficiently. This is a pretty popular spot, so you might not be alone in the area unless you leveled up pretty fast or are on a smaller server. They have a possibility of dropping a Tiny Emerald Whelping pet. 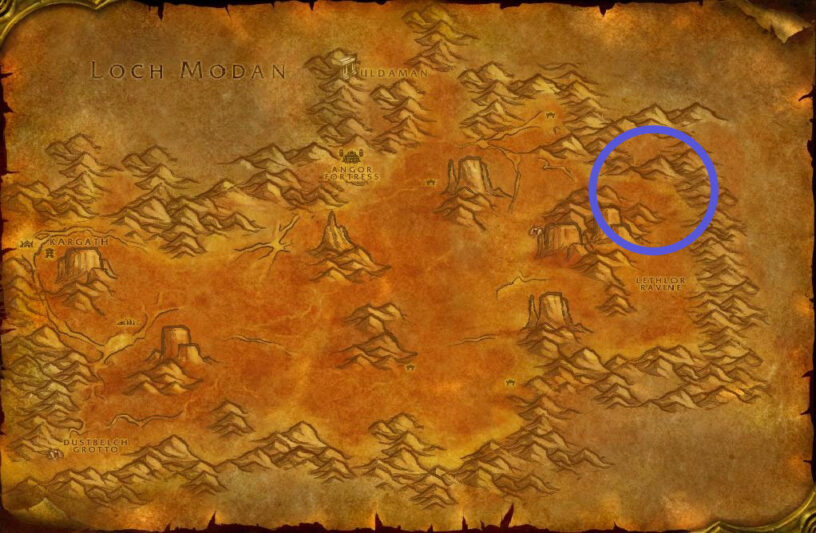 Scalding Whelps are over in the Badlands, and will require you to be around 40+ to take these down efficiently. This is probably going to be less popular than the Swamp of Sorrows location. The Dark Whelpling Pet is a possible drop from these.

How to unlock Flying in WoW: Shadowlands