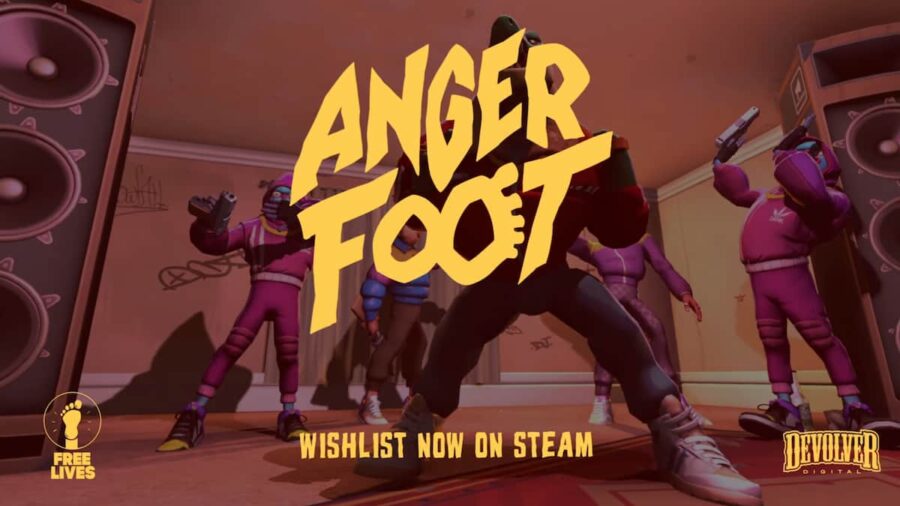 Among one of the stranger things announced by Devolver Digital during Summer Game Fest was Anger Foot. A frenetic door-kicking shooter, Anger Foot’s cartoony artstyle is contrasted by it's ultra-violence and heavy bass soundtrack.

Everything we know about Anger Foot

Developed by Free Lives, the creators of Broforce, Gorn, and Genital Jousting, Anger foot sees you kick, shoot, and double kick your way through waves of enemies in a foot-first rampage. With a thumping hard-bass soundtrack and packed to the brim with cartoon violence, this is a unique looking game.

What type of game is Anger Foot?

Anger Foot is a first-person shooter, where you might spend more time using your feet than the guns. Each part of a stage starts by kicking down a door in dramatic and hilarious style, before kicking and gunning down the tracksuit-wearing enemies inside.

What is the release date of Anger Foot?

Anger Foot is currently slated for a 2023 release by publisher Devolver Digital, but the exact date is currently unknown.

What platforms will Anger Foot be on?

Anger Foot will be released on PC on the Steam platform. You can wishlist Anger Foot now on Steam and be notified of any updates.

The Anger Foot Demo was released on June 9 to coincide with the announcement. You can play the demo by downloading it on Steam.

For more details about games announced during Summer Game Fest, check out What is The Plucky Squire – Release date, platforms, & more on Pro Game Guides.