Our Apex Legends Bloodhound Heirloom Guide features all the information you need to know on how-to obtain the heirloom item for Bloodhound! This is going to cost you some cash unfortunately, but if you want this unique item then you'll need to open up quite a few Iron Crown Event packs.

This is currently only the second heirloom pack you can obtain. Wraith has her Heirloom set that was earned via opening Apex Packs. There's now a third heirloom, which is the Octane Heirloom you can obtain! This also comes along with changing how you can obtain current and future heirlooms! 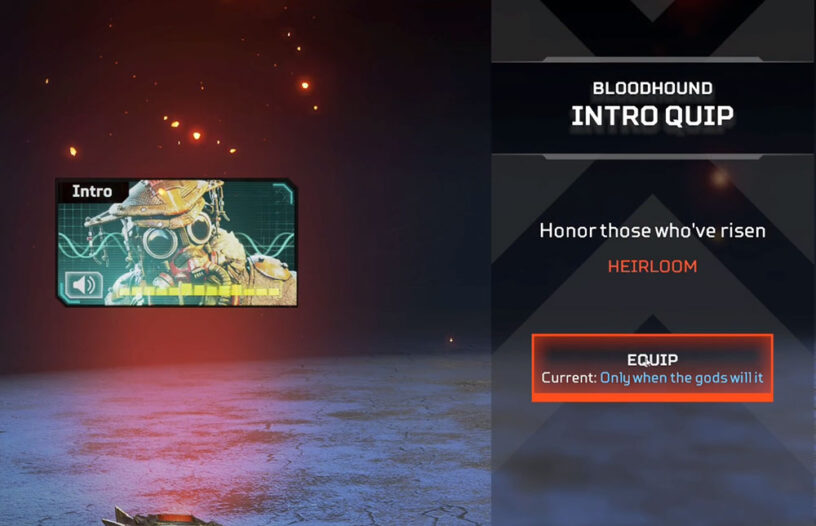 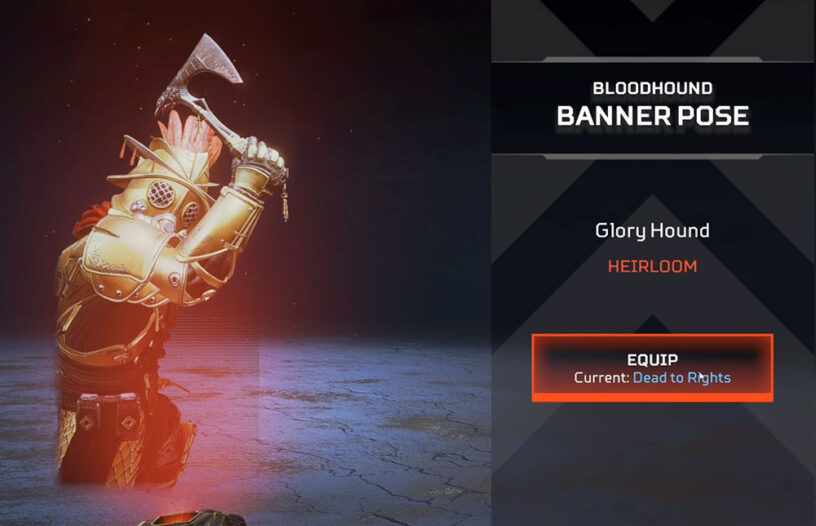 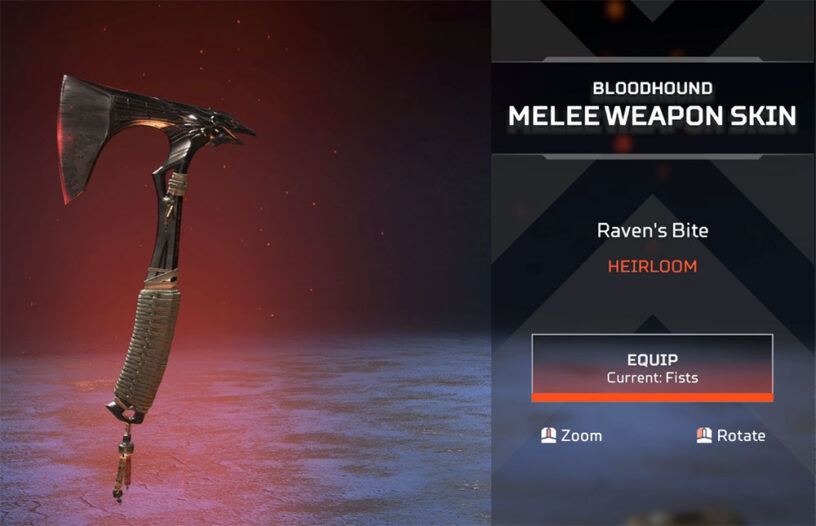 How-to Get the Bloodhound Heirloom

There is currently only one way you can obtain the heirloom now that the event is over.

Now that the event is over, you can only obtain the Bloodhound Heirloom Set by opening Apex Packs. This system is being overhauled once the System Override Collection Event starts on March 3rd!

We’re changing up the Heirloom system to make it easier for you to acquire the heirloom you want. Instead of an entire Heirloom set dropping at once, you’ll now receive Heirloom shards. You can then use those shards to pick the exact Heirloom set you’d like. The shards will have the same drop rate as the previous system, so that after 500 Apex Packs, you will have enough Heirloom Shards to obtain an Heirloom set from the Heirloom shop. And don’t worry, your existing progress towards the 500 Apex Packs will carry over with the switch. Remember that once a player owns all of the Heirloom sets, the player will not be eligible to receive more shards until more Heirloom Sets are added to the game.

That means you will have a choice of the Bloodhound, Lifeline, Wraith, or Octane Heirlooms (unless you've already gotten one or all of these).

The old system would require you to obtain the heirlooms in order. You had to open up the Wraith Heirloom before you could unlock the Bloodhound Heirloom.

If I own the Wraith Heirloom Set, will Apex Pack openings count towards the Bloodhound Heirloom Set?

To unlock the ability to purchase the Bloodhound Heirloom outright, you'll need to collect all of the items available in the Iron Crown Event. There are 24 cosmetic items in total, and once you've collected them all, you will then get access to purchasing the heirloom.

To get all of the items, you'll need to open 24 Iron Crown Event Packs (you are guaranteed to get an Epic or Legendary cosmetic in every pack, and you can't get a duplicate). You can get two of these for free by completing the "Deal 25,000 Damage" challenge, and the "Complete 20 daily challenges" challenge that are part of the main Iron Crown Event Challenges. So, after that, you'll need to purchase 22 more event packs to collect the rest of the items.

Once you've collected all of those items, you can then purchase the Bloodhound Heirloom for 3,500 Apex Coins.