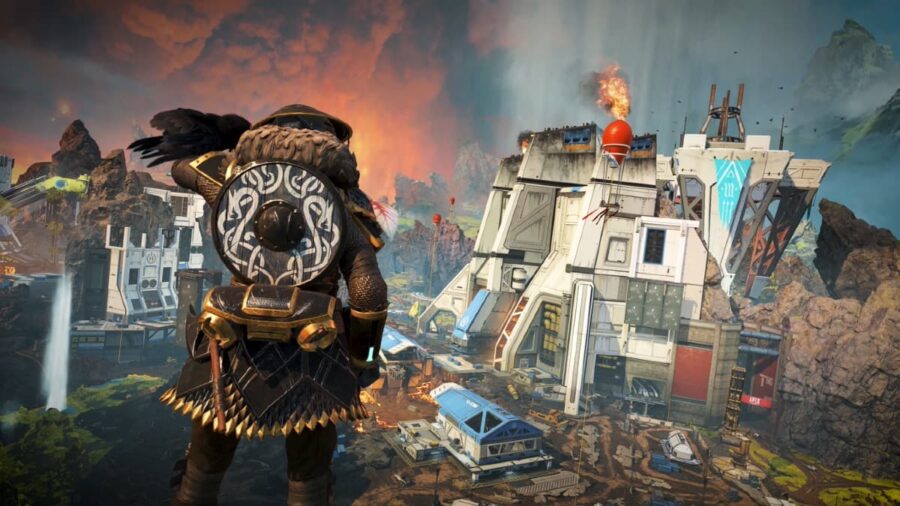 Apex Legends Season 10 introduces a few changes to the World's Edge map. Based on the Season 10 gameplay trailer, World's Edge is being destroyed by Hammond Robotics' construction. The destruction has resulted in major changes to Sorting Factory, Train Yard, and Refinery. Thanks to Twitter user, alphaINTEL, side-by-side changes coming to World's Edge are included.

Sorting Factory has been destroyed, replaced with a large area with lava and zipline train cars. The new area is called Lava Siphon, and looking closely, one of the buildings in the area appears to be actually siphoning lava out of the ground, so the building could be fairly unique on the interior.

Train Yard has been demolished by what seems like a mountain landslide. The large multi-level area including the high zip line train cars are nowhere to be found and all that remains is a few buildings and a large crane. It is unknown whether the underground tunnel will remain, but the crane may provide some high-ground advantage to replace the previous train cars.

Refinery has been replaced by a much larger area called Climatizer. The area appears to be more covered in snow and has a few buildings and towers. It appears the lava fissure also has extended as well. It is expected that the lava fissure will feature a train-like system for players to be able to cross through lava.