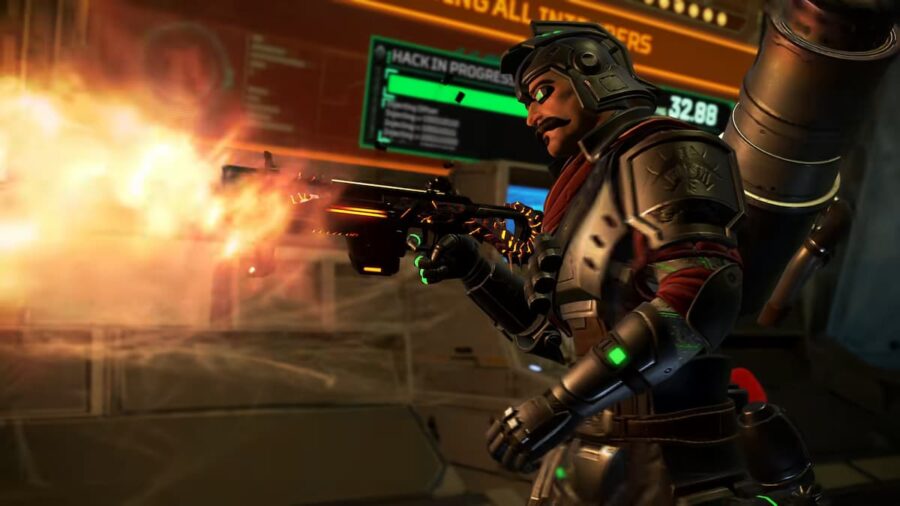 In Apex Legends, there are several badges that players can unlock by progressing through the ranks and grinding the game. While some badges are straightforward, others can be a little tricky and time-consuming to unlock. The 4K Damage badge is one of them, and players can unlock this badge by dealing over 4,000 damage in a single match. The 4K Damage badge is the final Tier of the Legend's Wrath badge, and it is available for every character in the game. Let's see how players can unlock this badge for every character in Apex Legends!

There are four Tiers in the Legend's Wrath badge, and you will find it under the Badges tab in the Banner section for every Legend. For example, to unlock Valkyrie's Wrath badge, you will have to deal 4,000 damage in a single match with Valkyrie. Similarly, to get Bloodhound's Wrath, Wraith's Wrath, or Loba's Wrath, you will have to deal the same amount of damage with that specific Legend. To acquire the first Tier of this badge, players will have to start by dealing 2,000 damage in a single match.

Dealing 4,000 damage in a single match might be easy for professional players, but it can be rather challenging if you're new to the game. Ideally, you want to land at a POI with several other squads to easily start dealing damage right off the drop. You will have to find weapons quickly and start taking engagements with nearby opponents. Don't worry if you do not find an Evo Shield, as you can always level up the one you have by dealing damage to opponents.

Conversely, players can land in a remote area and move quickly toward highly contested POIs after acquiring weapons and shields. After the recent changes, it might be difficult for players to earn the 4K Damage badge in Ranked Battle Royale. Instead, try it in public matches. Note that unlocking this badge is easier if you are in a three-player party.

How to unlock the 4K Damage badge in Apex Legends