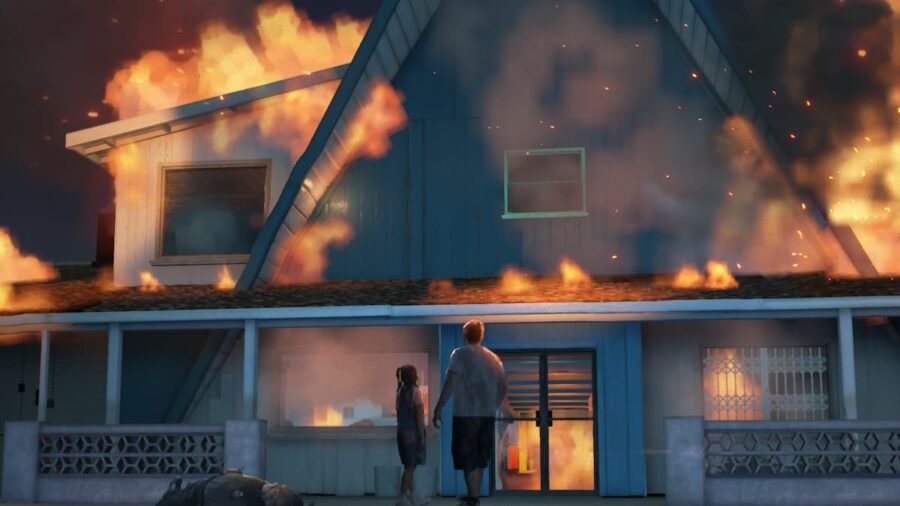 In As Dusk Falls, players unravel the stories of the Holt and the Walker family in a choice-based crime drama. Every decision you make heavily impacts the lives of all the characters, and it also directs the narrative further. Players will eventually come across several Crossroad decisions where their choice will make a huge difference in the context of the plot. Each decision you take has a distinctive outcome in the game and will eventually unlock various achievements. One of these includes the She is Coming With Us achievement, and here's how to unlock it in As Dusk Falls.

To get the She is Coming With Us achievement, players will have to select the I'll Kill You dialogue option while speaking to Sharon toward the end of Chapter 3. This situation has a prerequisite that involves telling Sharon about the Pager given to Vincent by Sheriff Dante. If you choose to tell Sharon about the Pager, then Sheriff Dante attacks Vincent after the motel burns down. Players will have to defeat Dante by performing a few QTEs properly, and eventually, they will come across Sharon, Tyler, and Jay Holt.

Sharon decides to take Vincent's daughter as a hostage, at which point Vincent points a gun at them. Soon after, Jay points a gun at Vincent, and this is where you get to choose between dropping the gun or keeping it pointed. Drop the weapon and speak to Sharon, and you will face a Crossroad decision with three dialogue options: I'll kill you, I can help you, and I'm begging you. Select the I'll kill you option to get the She is Coming With Us achievement.

Related: How to get the Second Chance achievement in As Dusk Falls

This situation also has the opposite Take Me Instead achievement where you have to convince Sharon to take Vincent instead of his daughter. Players can unlock this achievement at the aforementioned Crossroad decision, and this time, you will have to select the I can help you dialogue option. The conversation prolongs, and you have to remind Sharon that Zoe is only six years old. This way, the Holts take Vincent hostage. If you choose to hide the Pager from the Holts, you will have to fight Tyler and stop Jay from shooting Vincent to arrive at this scenario.