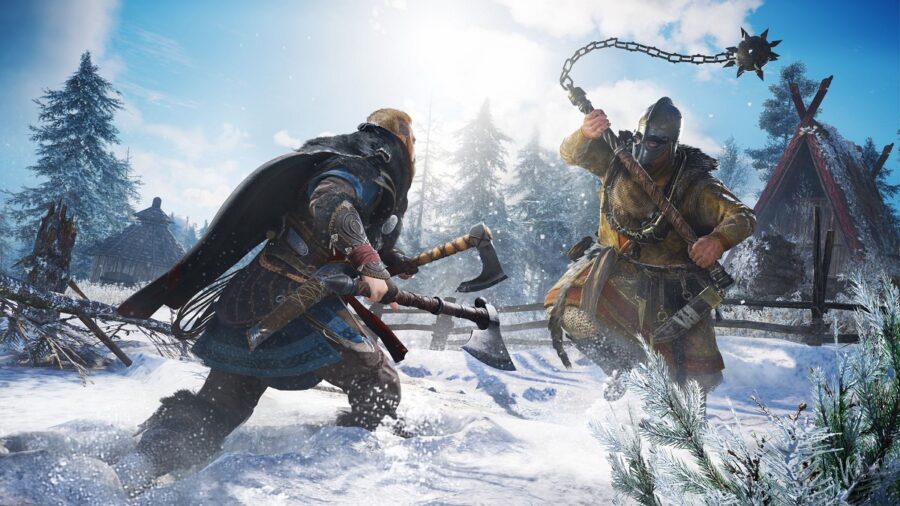 The population over has been raiding and pillaging England's lands, as they have all turned into Vikings! Play as Eivor as you try to make a home for yourself in England while also eliminating all of the Order of the Ancients!

Here are the Patch Notes for Assassin's Creed: Valhalla update v1.1.0. This is a pretty big patch focusing on mainly everything. If you want to know what's all been changed, improved, or added, read on!

The second game update for Assassin's Creed: Valhalla, v1.0.4 is here, and here are the patch notes! This one is quite massive compared to the v1.0.2 update. These patch notes will contain both PC and console, but they will be separated, so you know which ones apply to which!

If you choose Performance, this allows the game to adapt the resolution by itself, so you will always maintain a stable 60FPS consistently. This is a great option for those who perfect framerate over graphical fidelity.

If you choose Visual Quality, this enables the maximum resolution (4K) to be enabled no matter what at the cost of framerate, as the framerate will be capped to 30FPS. Perfect for those who prefer aesthetics over the smoothness of gameplay.

Default values since the launch of the game are as follows: