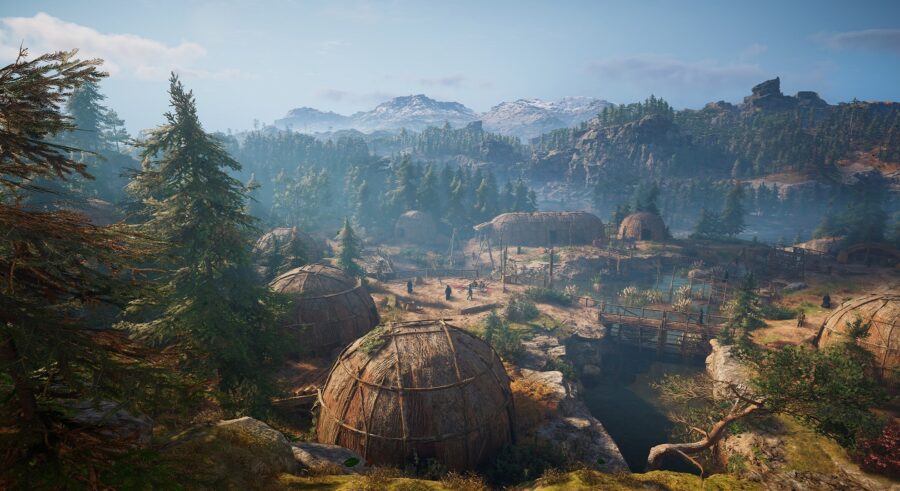 Which difficulty levels should I choose in Assassin's Creed Valhalla?

The difficulty level you should choose in Assassin's Creed Valhalla is based entirely on how comfortable you feel and how quickly you want to finish the game. As you can fine tweak the three different aspects, it depends on what you like and dislike the most.

The three levels of difficulty you can change are Combat, Stealth, and Exploration, and each will you can more or less fine-tune into finding the settings you want to use.

Combat, this is one side of a coin in the Assassin's Creed series; as you cannot Stealth you away throughout the entire game, there will be some forced elements that require combat. The other side of that coin is Stealth; the stealthy side of that aspect can eliminate numerous foes before it goes south, and fighting has to ensue. Which do you prefer?

Remember increasing the difficulty in any setting will tremendously increase longevity, especially when increasing the Exploration level. By increasing Exploration, you'll have to pay attention by reading scrolls, books, any information given to you; you'll also have to listen to what people are saying and find locations based on that information. Very much like original Elder Scrolls Morrowind!

Our advice is to play it on the base difficulty to begin with, and then when you feel more comfortable with the game, increase the difficulty a step at a time. There are many new mechanics in the latest Assassin's Creed game, such as how to heal, as there's no automatic regen outside of combat anymore.

Though your choice could be completely based on a role-playing perspective, how do you think Vikings think or act? If your Vikings' interpretations are that they are horrible at stealth but amazing fighters, tweak the difficultly level to make it so. Crank the Stealth difficulty all the way up to hard, and keep Combat at medium or easy and see how you like it. Immerse yourself in the world of Vikings!

Then what about exploration? We know that Vikings are amazing on the sea but potentially might not be as focused on the land. Ultimately, tweak the settings to how you want to play the game.

Have you purchased the special edition of Assassin's Creed Valhalla but unsure how to get your Ultimate Edition goodies? Follow our how to get the DLC items guide!