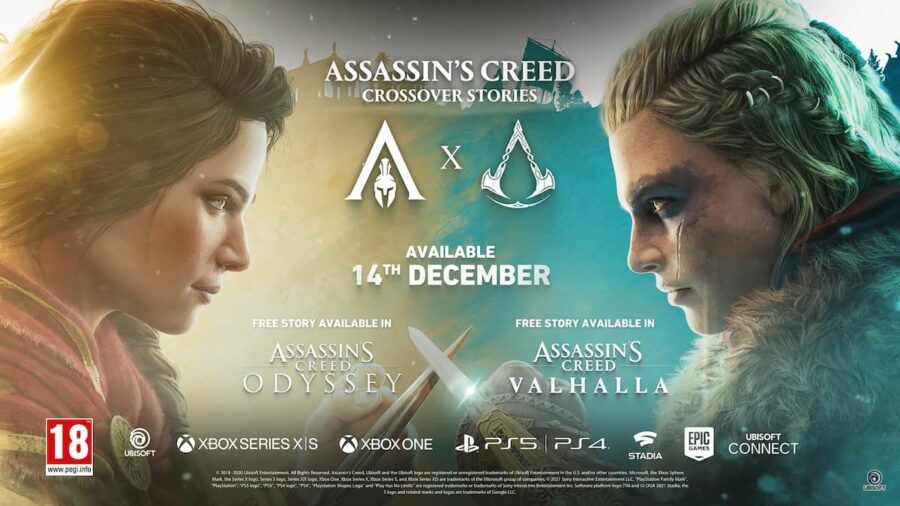 We recommend finishing both games before you start since this does spoil a lot of the story. Nevertheless, there are different times when it is available in both games since they each have separate requirements.

How to start the event in Assassin's Creed Odyssey

You must have completed Chapter 1 of Assassin's Creed Odyssey before you can start the crossover story. On Kephallonia, you should head over to the port of Sami.

There will be a quest called A Great Escape that will then turn into Those Who Are Treasured. The quest begins when you speak with the cruise barker.

How to start the event in Assassin's Creed Valhalla

It is necessary to have completed Valka's questline, which begins with A Wise Friend. After completing the questline, she will become a Ravensthorpe resident. After that, your Settlement must be level 4.

Talk to Edyt in Ravensthorpe to begin A Fated Encounter. After that, you will have begun your search for Kassandra.

This quest came in a patch, so it is only available after you update. Double-check that the game is the latest version if you are having difficulty finding the crossover story DLC.

How to start the Assassin’s Creed Odyssey & Valhalla Crossover content