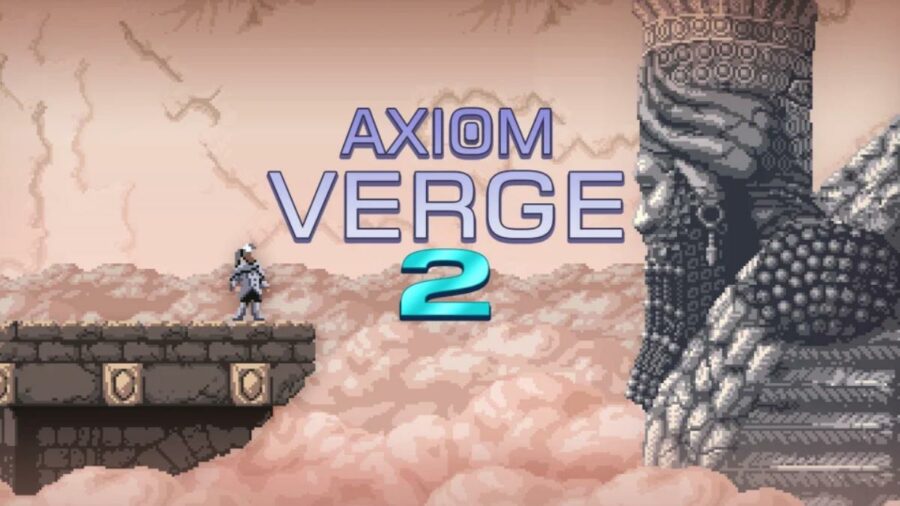 As a surprise for many fans, Axiom Verge 2 has been officially announced for the Switch, PS4, and Epic Games Store. What was planned for a slow release throughout the day, however, has changed to an early release for Switch Consoles. This comes from a surprise Tweet by lead developer Tom Happ, which can be seen below.

Axiom Verge 2 has a lot of hype behind it as a Metroidvania game (aka a side scrolling shooter game). Players have been quite impatient waiting for the release. Unfortunately for PS4 and Epic Games, you have to wait a bit longer. The Tweet from Tom Happ says it will be released on those consoles around noon. This is perhaps a bit confusing for those of us still waiting, depending on your time zone.

Upon its release, players can expect to experience the same great gameplay, action, and reviews as its predecessor (currently at Very Positive on Steam with about 4,000 reviews).

For those of you that want to see a sample before you decide whether to buy it, you can check out the video below!

We're planning to offer complete coverage for guides about Axiom Verge 2. If you think you'll need help to figure out the game, be sure to check out our Axiom Verge 2 homepage for the latest information!