Our Borderlands 3 Launch Guide features a ton of information, including details on the Release Date, Features, and Gameplay Details! More and more information is being released, and we're gathering it up all in one convenient place for you.

Borderlands 3 is the upcoming sequel to the popular Borderlands series. This game combines multiple elements from many different genres, such as looters (Diablo-esque), first person shooters and has RPG elements with classes and skill trees. The game is quite well-known for the crazy amount of weapons you can find, and the insane things these weapons can do.

Borderlands 3 will be exclusive to the Epic Games Store for six months (April 2020). You will then be able to purchase the game freely through an alternative store like Steam. 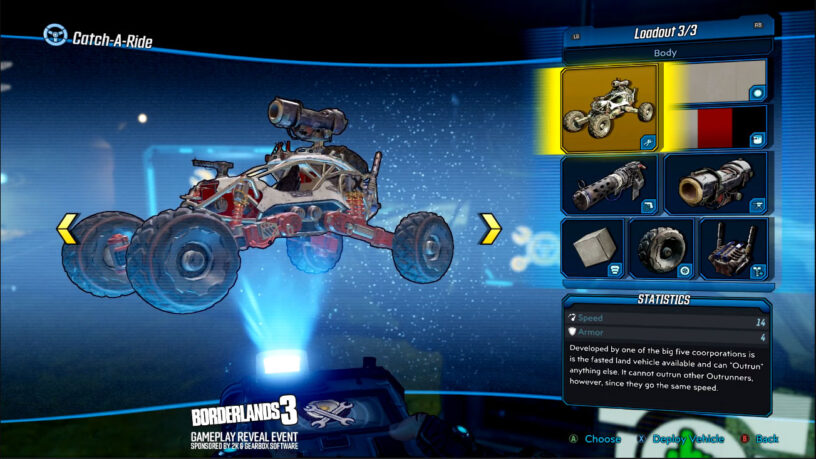 Just like in Borderlands 2 you will be able to customize your vehicles! However, it looks like there's even more things you can do with them. You'll be able to swap out weapons, pain jobs, wheels, engines, and more!

There will be a few different ways you can purchase the game. Some of these come with a lot more stuff than others!

Includes the full game, season pass, and all bonus digital content and pre-order bonus of the Super Deluxe Edition, plus:

Includes all the bonus digital content and pre-order bonus of the Deluxe Edition plus the Borderlands 3 season pass, which includes:

Includes the base game, as well as bonus digital content:

Includes the base game.

On May 1st, 2019 content creators got a chance to take parts of the game for a spin in a Demo build. You can check out some of the gameplay below!

There's been a few trailers showing off parts of the game and teasing it. Take a look at those below.