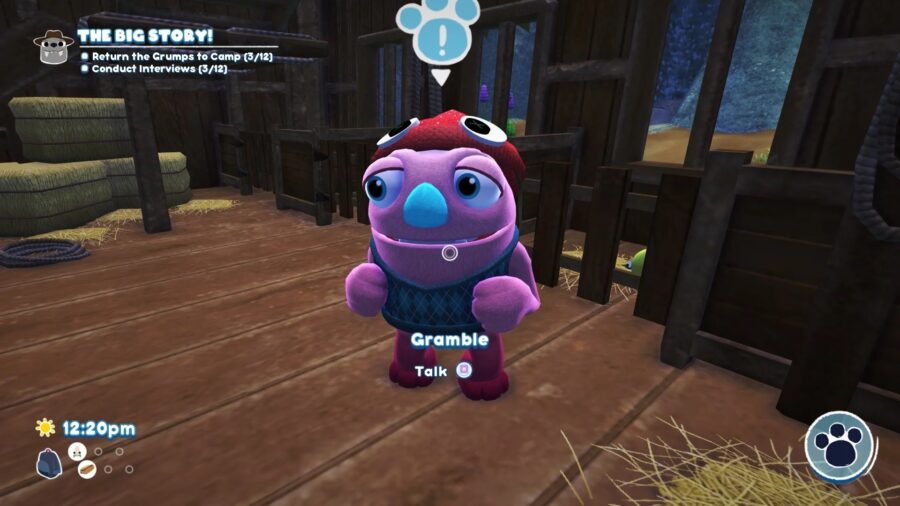 Bugsnax is a new indie title by Young Horses, as you need to venture to Snasktooth island to discover that these weird bugs that are half made of food and half bug inhabit the place! You'll find NPCs around the island that you can feed, and they will eventually transform. However, one character, in particular, doesn't want to eat any Bugsnax!

Bugsnax How to Feed Gramble

To feed Gramble in Bugsnax, you have to wait until midnight, as Gramble has the habit of sleepwalking. When he is seen sleepwalking about your settlement, you can then feed him Bugsnax for a Trophy, and if you carry on doing so, Gramble will transform earning progress towards another Trophy!

Gramble is a character who loves Bugsnax as pets as in no way would he willingly eat them as food. He's 100% against the idea, as who wants to eat the pets he loves! He is the only resident of Snaktooth island that doesn't have the option to feed him when walking close by.

Though it might be inhumane and quite evil, feeding him must be done to earn the Midnight Snak Trophy and making progress towards the Feeding Frenzy Trophy upon getting Gramble to transform. To do this, you have to feed Gramble when he is sleepwalking at around midnight. This is the only way to feed him. No doubt, Gramble will have no recollection of eating anything at night, so ignorance is truly bliss in his case.

Of course, you don't have to do this; you can easily wake him up when Gramble is sleepwalking, but alas, getting that 100% Trophy List is well worth the dastardly deed.

There's over 100 Bugsnax to find on Snaktooth island, so we hope you're ready to go hunting! Some of these odd bugs love various types of weather, but is there a way to make it rain to catch the ones that only come out when it's raining? For more information on Bugsnax, why not check out our other Bugsnax guides!

Is the Bugsnax Isle of Bigsnax Update Free?