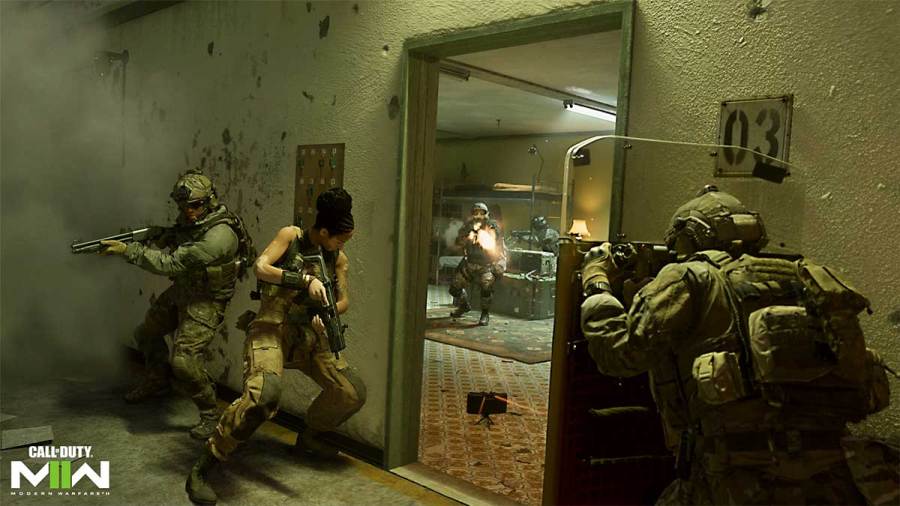 You can use this syringe to heal yourself instantly and refresh your tactical sprint ability. It is one of the most competitive tacticals in the game and can be used to rapidly get back in a fight.

A Flash Grenade blinds and defeans the enemy it comes in contact with. You can use this item to surprise attack enemies holding a specific area or a room.

The enemy's ability to aim and move is drastically slowed down while the effects of a Stun Grenade last. These effects can be reduced by running the Battle Hardened base perk.

The Tear Gas tactical releases a yellow cloud of gas that slows down movement and impairs vision. Not a generally preferred tactical, it can still come in handy in certain combat scenarios, such as getting out of a fight and holding back enemies.

Although Decoy Grenades are considered particularly useless, players have been using this tactical equipment in Modern Warfare 2 to level up weapons and rank fast. Simply throw the decoys where most of the combat is happening, and you'll get assist XP for any kills your teammates get there.

A Drill Charge burrows through the surface it's stuck to and explodes on the other side. It is the ultimate gadget you should use to clear out enemies holding a room, area, or objective.

You can throw a Frag Grenade that explodes to damage or kill the opponents near it. It explodes after a fixed time, hence, you can try cooking it and throwing it at the enemy so they can't escape.

Semtex is a sticky grenade that can attach itself to any surface, even players, before exploding. These are the ultimate weapon against Riot Shield users if you can stick them.

Throwing Knives are lethals that can instantly kill a player on contact. These require accuracy and can be retrieved from the enemy's body or wherever it was thrown at.

Claymore is your best friend if you want to protect an area from enemies. It explodes when a player approaches the Claymore from its front end. Alternatively, you can use a Proximity Mine for the same purpose.

Stay tuned to Pro Game Guides for more Call of Duty: Modern Warfare 2 content. In the meantime, head over to our article on Call of Duty App Not Working? How To Fix.

Best Equipment to use in Modern Warfare 2