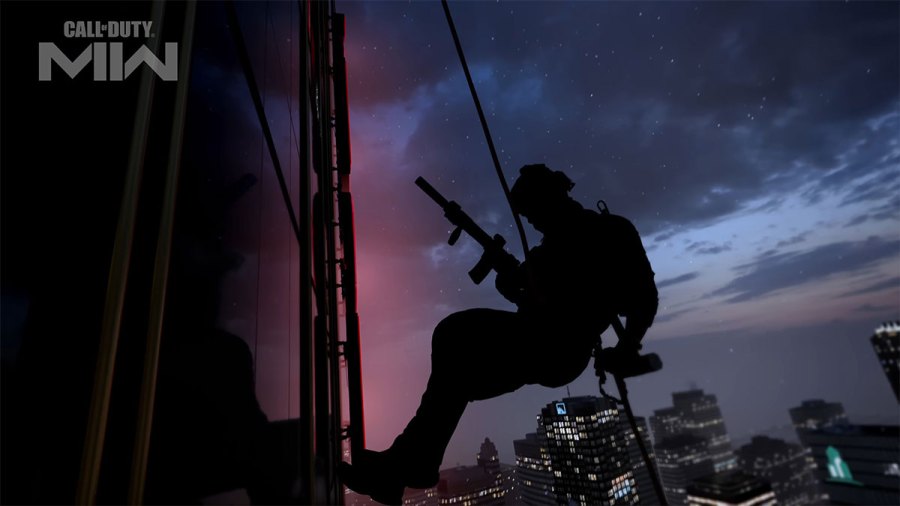 In the final chapter of the Call of Duty: Modern Warfare 2 Campaign, Countdown, you infiltrate a building held up by Al-Qatala terrorists in downtown Chicago. When the mission starts, Soap (you) and Price rappel down from the building's roof and clear out enemies while hanging from the rope. This is where you can complete the Must be Wind achievement or trophy in Modern Warfare 2.

To achieve the Must be Wind trophy, you must rescue hostages on three levels without the enemies firing their weapons. There will be two enemies on the first floor that you have to secure. Take them out using your suppressed weapon before they're alerted and start shooting at you. We recommend sticking to the inverted rappel position you start with, Australian Rappel. You can change the orientation to get a normal view, but the enemies will easily detect you hanging outside the window.

The second and third levels will have four and five enemies respectively. Since there will be hostages among the AQ terrorists, ensure you've identified the armed guards before taking the shot so that you don't accidentally kill civilians. The guards may get suspicious upon seeing a dead body inside, but they will not fire at you until they see you. If they somehow spot you and fire some rounds, you can restart from the last checkpoint and reattempt to get the trophy.

Stay tuned to Pro Game Guides for more Call of Duty content. In the meantime, head over to our article on How to finish ‘Alone’ without firing a gun – MW2 Campaign Guide and All Modern Warfare 2 Safe Codes and Locations.