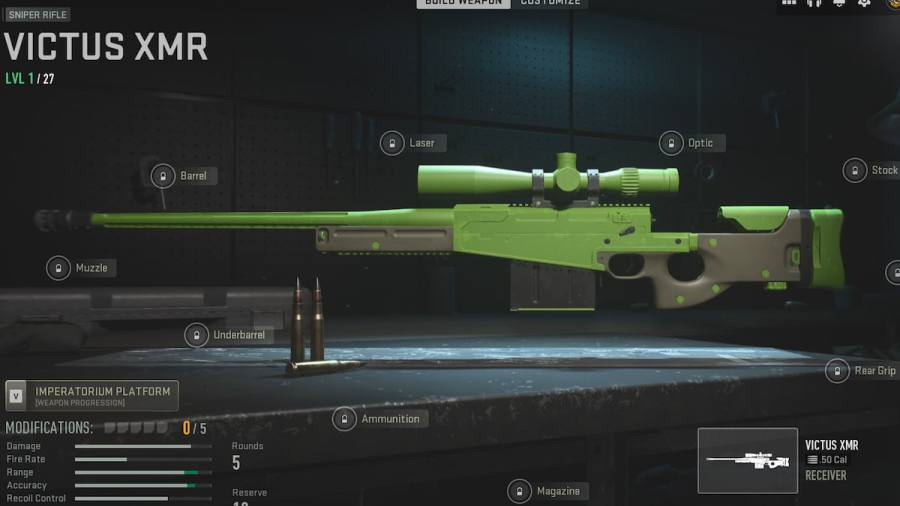 How to get the Victus XMR sniper in Modern Warfare 2 and Warzone 2?

The Victus XMR is the free HTV reward players can unlock from Sector A7 in the Call of Duty Warzone 2 Battle Pass. This bolt-action Sniper Rifle has .50 caliber rounds and belongs to the Imperatorium Weapon Platform. To unlock this weapon quickly, you'll need a lot of Battle Token Tier Skips, which are earned by playing the game. We recommend unlocking Sectors A1, A2, and A4 quickly, giving you access to unlock rewards from Sector A7. You will need at least 20 Battle Token Tier Skips to unlock the Victus XMR via the mentioned process.

After unlocking the weapon, we recommend adding it in a custom loadout, and progressing in Multiplayer modes like Hardpoint, Domination, Kills Confirmed, and Team Deathmatch. Leveling up weapons in objective-based Multiplayer mode is the best and quickest method. The Victus XMR has 27 levels of progression, and you need to level it up fast to unlock its Weapon Tuning feature.

After leveling up the weapon, you can add it to a custom loadout for Warzone 2. You can purchase custom loadouts through Buy Stations in Warzone 2. You can also acquire them from Loadout drops. The Victus XMR is new, but its stats are at par with the other Sniper Rifles in the game. While its ADS speed is slow, players can unlock attachments and tune them to improve this aspect of the weapon. Ideally, you want to collect enough Battle Tokens by playing the game to unlock this weapon at one go from the Battle Pass.

Wondering how to fix timed out errors in Warzone 2.0? Check out Warzone 2.0 ‘Timed Out Waiting for Achievements’ Error – Fixes on Pro Game Guides.