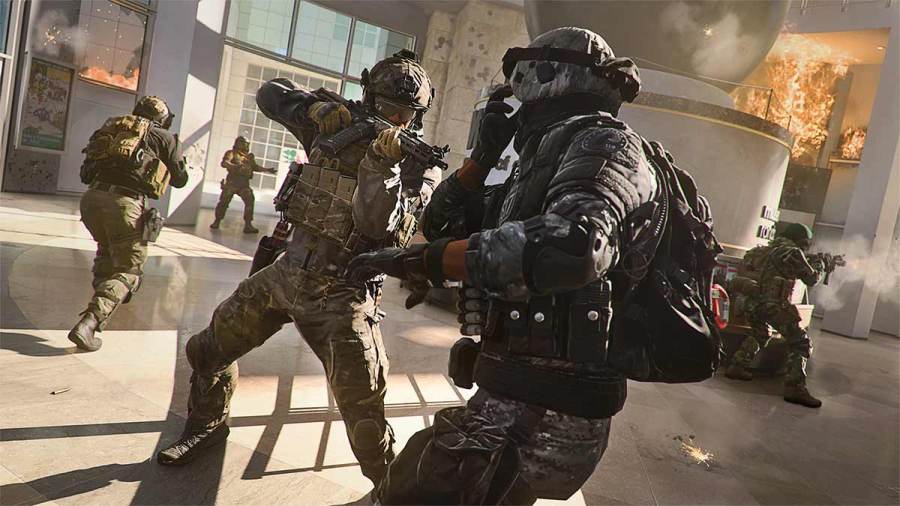 Call of Duty: Modern Warfare 2 is pure nostalgia thanks to its relatable Multiplayer to Campaign offerings. It brings back the franchise's traditional casual-shooter formula with a variety of new additions and changes. Follow this guide to learn more about the new Tier 1 playlist in Modern Warfare 2.

What is Tier 1 Hardcore in Modern Warfare 2?

In Modern Warfare 2 Multiplayer, Tier 1 is a separate playlist that allows players to compete in a more challenging environment. This is achieved by giving players limited HUD and lower base health than regular multiplayer. Furthermore, friendly fire is turned on in the Tier 1 playlist, which means that your squadmates will take damage and can die if you shoot at them.

All these changes make the Tier 1 game modes more difficult and realistic than the casual multiplayer experience. The Tier 1 playlist is a variation of the 6v6 Core Map Modes and includes game modes such as Hardcore, Domination, Kill Confirmed, Team Deathmatch, Free-for-all, and more. You may remember this playlist as Hardcore if you've played older Call of Duty titles.

How to play Tier 1 Hardcore in Modern Warfare 2

The Tier 1 playlist appears on the main menu screen of the Modern Warfare 2 Multiplayer. You can select between the regular and Tier 1/Hardcore experience from the Quick Play section. Here you can also filter out the particular game modes you want.

When will Tier 1 playlist be added to Modern Warfare 2?

Tier 1 playlist should have been added to Modern Warfare 2 multiplayer at the game's global launch, but it has yet to be available in the game. Hopefully, the developers of Call of Duty: Modern Warfare 2, Infinity Ward, will add this playlist to the game soon via a minor update.

Related: How to unlock Custom Loadouts in MW2 Multiplayer

Are Hardcore and Tier 1 playlists the same in Modern Warfare 2?

Essentially, the description of Tier 1 as per Infinity Ward implies that the experience is similar to the original Hardcore game mode. The Modern Warfare 2 development studio hasn't provided any information on why they made this change. While it may just be an irrelevant change, this could also mean that something big has been planned for the Call of Duty multiplayer that will supposedly last for two years.

The team may introduce higher-tier playlists, such as Tier 2 and Tier 3, in which weapons will have a slower time-to-kill (TTK) per the tier's description. This will certainly be a great addition to the game and attract players who prefer a shooter in which the operator can tank a considerable amount of bullets before dying, such as Apex Legends.

Stay tuned to Pro Game Guides for more Call of Duty content. In the meantime, head over to our article on How to fix MW2 ‘keeps crashing on PC, PS5, & Xbox’ issue.

What is the Tier 1 playlist in MW2?