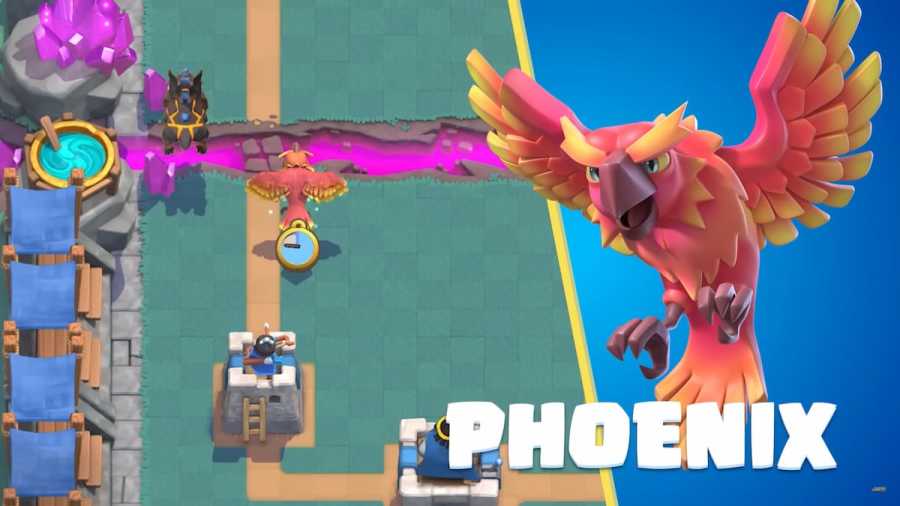 There are many ways to play Clash Royale, and new cards appear when you think you know all the best deck combinations. If you want to stay on top, you must always be on the lookout for new meta decks, especially those with Phoenix. Here are the best Phoenix decks in Clash Royale to prepare you for the battles ahead.

What are the best Phoenix Decks in Clash Royale?

First, the bad news - Phoenix decks can be a bit expensive. So if you're an exclusively free-to-play player, you'll need time and luck to create most of these decks. But even if you're not planning on investing in Phoenix decks, it's always a good thing to know your enemy.

Phoenix-Mother Witch is a nice combo that can give you a fighting chance against other meta decks. It's also an excellent first step in experimenting with the Phoenix unit. But in the end, better card combinations are out there, so don't waste a lot of time with this deck.

Sometimes, it's a good idea to have an all-around deck to change your tactical approach if needed. This deck is not superior in any category, but that elite versatility can be a saving grace more often than not. This deck also has the benefit of having Archer Queen teamed with Phoenix and powerful spells.

In Clash Royale, your goal is to have a great deck at anything, but you always have to sacrifice something. The Phoenix Ice Wizard Skeleton King deck is good at many things, but it excels at defense. Also, combining Phoenix with Ice Wizard and strong spells will give you a fighting chance in every battle.

How many times have you heard that defense is the best offense? This deck is what defense is all about: making enemies miserable and then striking with force. With this Phoenix deck, your towers will be safe, as you'll be ready for anything.

In this deck, goblins and skeletons are best friends! This is almost a perfect deck, as it has all the tools you need to dominate the meta. The attack is not superior, but everything else is top-notch. Furthermore, even F2P players have a good chance of creating this deck, making it very accessible. What more can you ask from a superior Phoenix deck?

For more information on Clash Royale, check out the 5 Best Triple Elixir Decks in Clash Royale on Pro Game Guides.