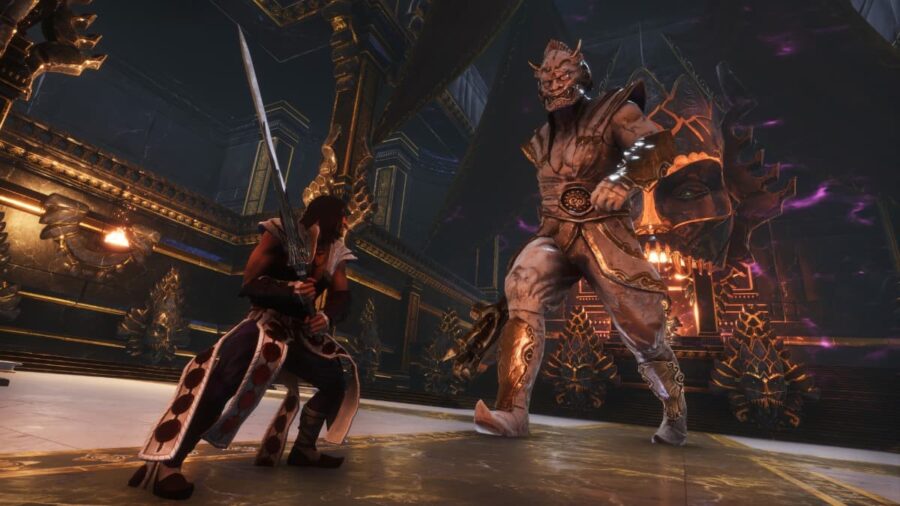 Iron is a key resource in crafting several items such as tools, weapons, and armor in Conan Exiles. Because of this, sooner or later, you must farm Iron ore like your life depends on it. Luckily, we can provide you a list of some of the best places to find Iron ore in most regions of the game.

When players spawn in Conan Exiles, they are treated to a desert and then a lush oasis on the bank of the river. However, it's somewhat unclear where new players can find Iron in the starter region. Just head north near the Summoning Place temple. Plenty of Iron is located and ready to be mined north of the starting area in Conan Exiles. Most of these places are near landmarks, such as important locations and dungeons. Here's a list of locations where you can find Iron close by:

As players head northwest, they will find an area rich in Iron, a dungeon, and NPC locations. Here's where players can find tons of Iron in the Western part of Conan Exile's map, also near Sepermeru City of the Relic Hunters. Once again, a few of these Iron locations are near or around specific locations in the game. Here are a few places with Iron spawning nearby:

Related: How to make Gruel in Conan Exiles – Gruel Recipes

If players head towards the Eastern area of Conan Exiles, they can find tons of Iron spawning in near the Forgotten City of Xel-ha and various locations. Like the other areas in this guide, you can find most of the iron spawning in the following locations:

As players head north, they will find tons of iron spawning near both New Asagarth and the Mounds of the Dead. Near both areas, players can also find Iron spawning in the following locations:

Best locations to mine Iron near New Asgarth:

Best locations to mine Iron near Mounds of the Dead:

As players head to the snow biome in the north that's also home to the Temple of the Frost, they can find Iron and mine it in the following locations:

What is Iron used for in Conan Exiles?

If you don't know already, Iron is used to make many items required to progress in the game. Some items include Iron tools, weapons, and armor. Players can also use iron to make various decorations, resources, and crafting structures.