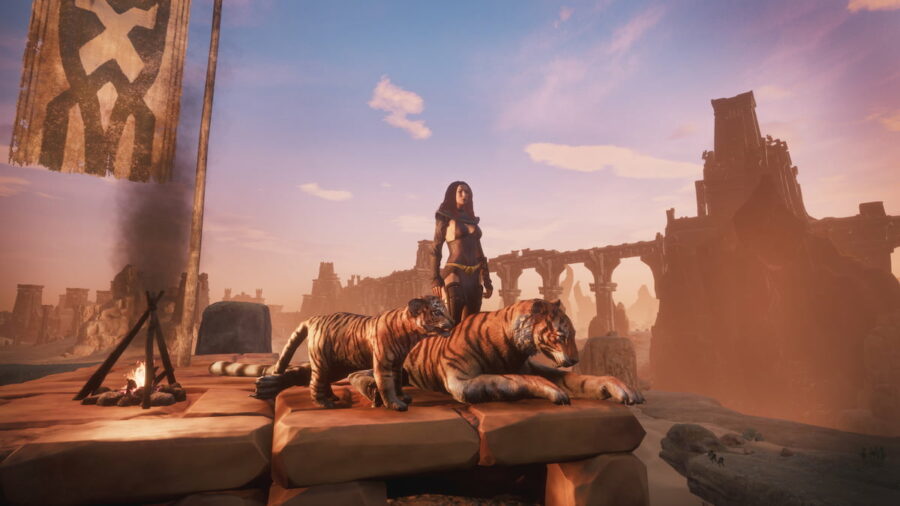 Conan Exiles is more popular than ever and is getting a sizable expansion later in 2022. But this has many fans speculating on whether the brutal survival title will finally be getting cross-platform support. So, for those of you with friends across platforms, let's see if there's support before you start disabling that intro cinematic.

Does Conan Exiles have cross-platform/crossplay?

Related: How to feed thralls in Conan Exiles

Cross-platform play is becoming more common in the games industry. However, the biggest hindrance is usually companies that are unwilling to work with one another or licensing problems that may arise. Conan the Barbarian is a wildly popular series from the mind of Robert E. Howard.

Despite his popularity, or perhaps due to it, there have been several lawsuits regarding copyrights and trademark disputes. While Exiles' lack of crossplay may be due to licensing issues, this is purely speculation, as the developer has not given any statement on crossplay aside from a FAQ post in 2017 stating that there were no plans for crossplay between PC and Xbox One.

Is Conan Exiles cross-platform in 2022?