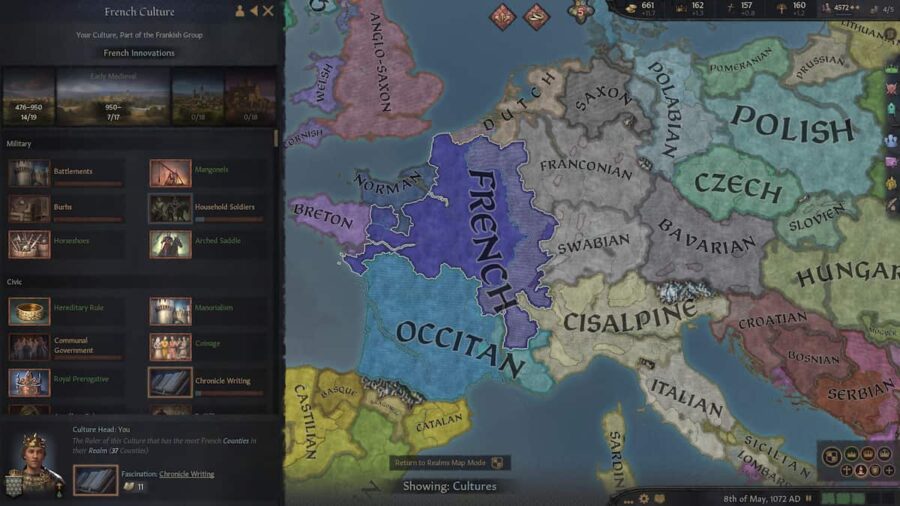 In Crusader Kings 3, you can upgrade your duchies by building structures there. These buildings give a massive bonus to the Duchy, and allow you to enhance your land. However, these bonuses are often overlooked because of the cost.

Only the owner of the duchy title can build buildings and take their benefits, and you must have unlocked the right innovations to build them first. Each Duchy’s count capital has an extra building slot for Duchy buildings. But which Duchy buildings are the best?

Military Academies are the best Duchy Building if you’re map painting/conquering a lot. This is because it increases the number of Knights you can wield, making early battles much easier. It also reduced Army Maintenance, meaning you’ll not go bankrupt waging war early.

Leisure Palaces are a fantastic early game choice because of their Realm and Duchy modifiers. The bonus to prestige is incredibly good, and because of the sheer amount of stress in the early game, any way to reduce it quicker is better.

Marches are the best overall Duchy Building at any point in the game. The sheer range of bonuses make them perfect for your most favorable Duchies. A defensive and offensive choice, getting a bonus to supply limit, levy reinforcement rate, and garrison size is huge. And the slow down in raid speed makes it perfect to allow you to react to any hostile invasion.

What is the best Duchy building in Crusader Kings 3?