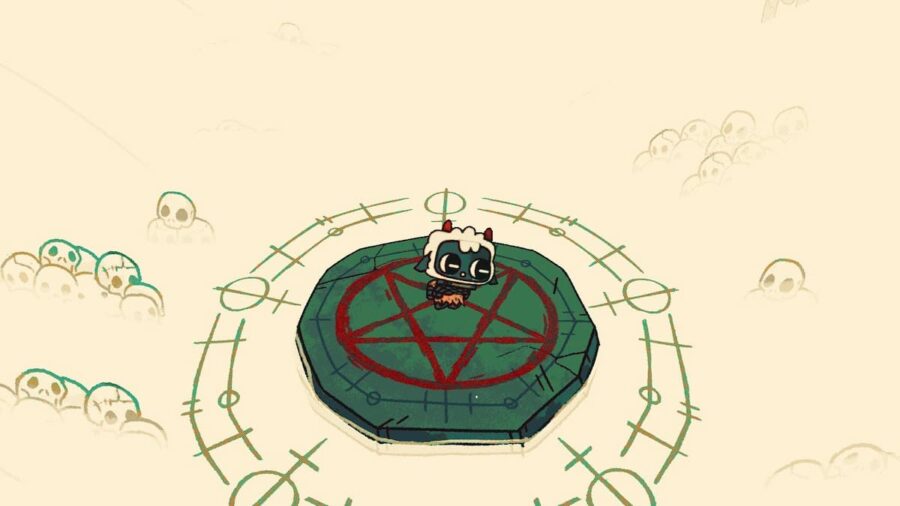 There are no shortage of upgrade opportunities in Cult of the Lamb. From Curses to Crown Upgrades, there are a bunch of choices to make that will ultimately impact your gameplay experience. Below are some of our favorite abilities that you can unlock in the game.

Best Rituals in Cult of the Lamb

Ritual of the Ocean's Bounty

Ritual of the Ocean's Bounty can be found as a Tier III upgrade in the Sustenance category.

Compared to the Ritual of Resurrection, which costs 150 Bones and makes the flock's Faith drop by 10, Funerals are the way to go. This ritual allows you to host ceremonial services for deceased members. Living cultists can then grieve at the gravesite to generate Devotion.

If your followers believe in Sacrifice or the Afterlife, this is a ritual that ties in well to generate boosted Faith.

Related: Best Divine Inspiration unlocks in Cult of the Lamb

Feasting maxes out the commune's hunger meter and also provides a Faith boost. Whether your commune has been cursed into starvation or you just haven't been around long enough to make some Grassy Gruels, feasting is an easy ritual that will fix your hunger pains and help your follower's feel better about your leadership.

Best Crown upgrades in Cult of the Lamb

When you have the first opportunity to choose a Crown Upgrade, go for Darkness Within as it'll give you a Diseased Heart at the start of every crusade. These are super useful as they cause every enemy on screen to lose health whenever they take damage.

Once you have Diseased Heart, it's a good idea to unlock Omnipresence. This upgrade gives you the ability to focus and return to the commune at any time during a crusade run, which will come in handy when the Old Gods begin to inflict illness and starvation upon your cult members. Later on, you'll also find yourself needing to return to crusades to farm materials, which makes having an easy escape especially nice.

Best Curses in Cult of the Lamb

Divine Guardian is, hands down, the best Curse in the game. When used, it grants you two seconds of invincibility and reflect any projectile sent your way back onto your enemy. This is great for those moments when you get swamped by flame throwers and just need a second to sort yourself out.

Four tentacles shoot out from the lamb in the shape of a cross, need we say more?

Unlike Touch of Turua or Passage of the Mariner, you don't really need to worry about which direction you're facing when you activate this Curse as the multi-directional tentacles will take out everything in their reach.

Related: How to get all Resources in Cult of the Lamb

This Curse sends out homing projectiles that will always hit your enemies. If you're a player who struggles with aim or frequently loses the lamb amidst the horde of enemies, Hounds of Fate is a great Curse for fighting your way out of tricky situations.

Similar to Divine Guardian, Divine Blizzard is a great Curse if you just need a little extra time. Not only does this Curse knock enemies away from you, but it also freezes them so you can have the upper hand.

Oath of the Crown

Oath of the Crown is a melee attack that can possess enemies who are hit by the Curse. Use the possession to your advantage and you can take out entire rooms of enemies with ease.

Best Abilities in Cult of the Lamb