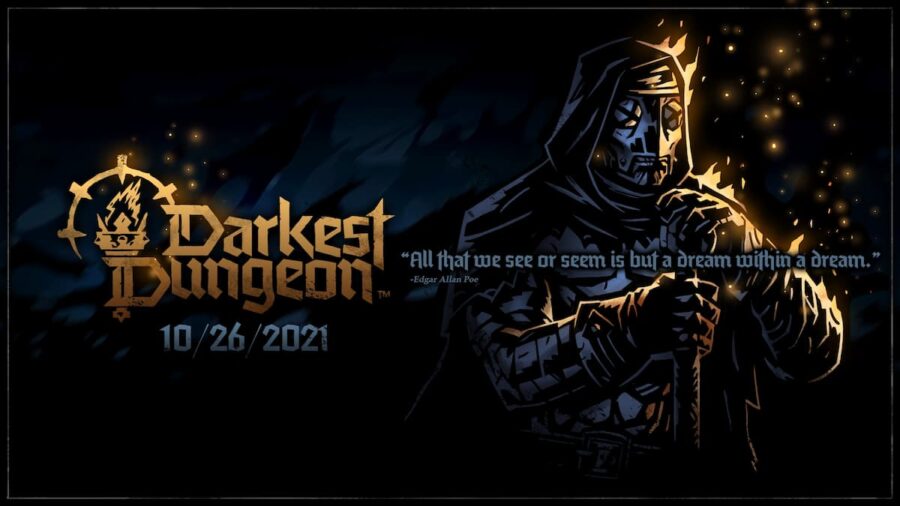 Developer Red Hook Studios have just announced on September 13 that Darkest Dungeon 2 will be coming to the Epic Games Store in early access on October 26. You can see the official announcement below.

There has been little information since the studio announced they were working on the sequel to the brutal and dark roguelike. Fans only have a little over a month before they can dive into the highly-anticipated sequel. While the game is releasing on Epic Games Store, it is likely it will release on Steam after leaving early access as well considering how popular Darkest Dungeon mods were, but nothing is official.

Darkest Dungeon 2 aims to be a little different than its predecessor. For starters, Red Hook Studios have made the jump from the original's 2D art style for a 3D art style. This is a common trend for indie developers and the transition will surely be worth it and give the game new life. Players can still expect the same great combat from the first game though.

The second major change will be in the gameplay. Instead of having a massive roster of constantly changing characters, Red Hook Studios plans to have players invest in a smaller team of heroes, only four to be precise. The player must guide these characters through a sinister mountain instead of the various dungeons the first game consisted of. How many characters will be returning or how many new characters are being added isn't fully known. The full roster may not be available in early access so more characters could be added later.

For more information on gaming, check out How to Heal in Deathloop? and What is the Release Date for SkateBirds? on Pro Game Guides.