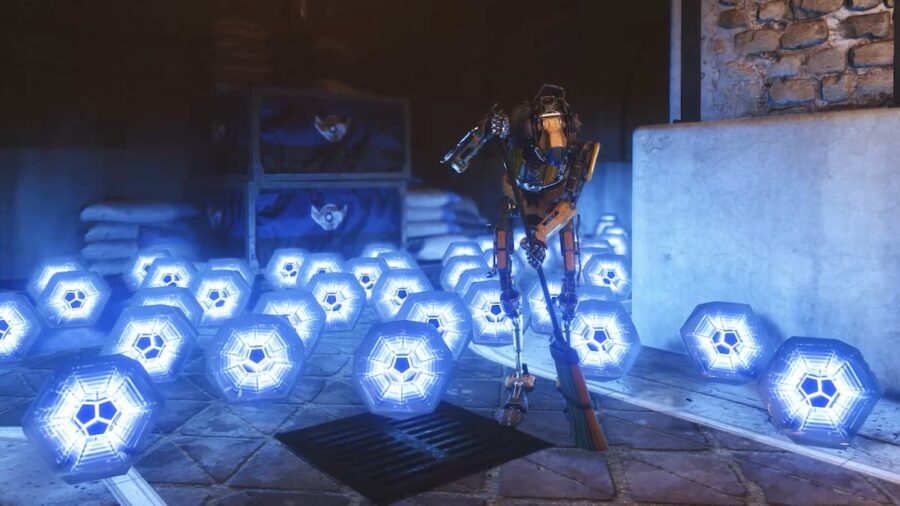 Bungie revealed a lot of information in the This Week at Bungie for Jan. 20 regarding what is coming to the game when The Witch Queen expansion finally releases. Besides the announcement of the release date for this expansion's Raid, the biggest news is the list of changes that are being made. Here are all of the changes coming to the economy in Destiny 2: The Witch Queen.

The most requested and largest change coming to the economy with The Witch Queen is that rare blue rewards will stop dropping from playlist activities (Crucible, Strikes, Gambit) once players have reached the soft power-level cap. Instead, players above the soft cap of 1500 power will see an increased drop rate of legendary rewards or legendary shards. However, blue armor and weapons will continue to drop from enemies and chests while playing.

Bungie hopes that this will help players manage their inventories and keep them from having to constantly clean out their postmaster of useless blue rewards. They also mentioned that they are currently working on the rarity of items and where blue gear fits into the game. They said that these changes won't be seen for at least a few seasons, but know that they are looking at it behind the scenes.

Related: What time/date does The Witch Queen Raid launch in Destiny 2?

More changes to the economy

With The Witch Queen expansion, tons of smaller changes to the economy will be introduced as well, such as a rework of the Gunsmith and new locations of purchasable items. Below is the full list of changes that are coming.

Those are all of the changes coming to Destiny 2's economy in The Witch Queen. It is clear that Bungie is listening to some major community concerns and is actively trying to bring players the best experience possible. Now, if only there was something we could do about that pesky Content Vault...

For more Destiny guides, check out What is happening to Hawkmoon and Dead Man’s Tale in Destiny 2: The Witch Queen right here on Pro Game Guides.

Changes coming to Destiny 2’s economy in The Witch Queen