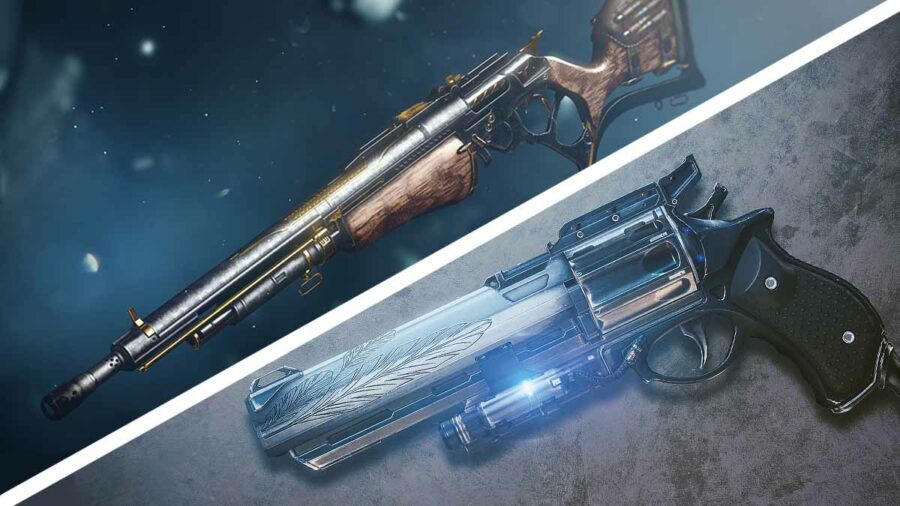 Destiny 2 introduced some of its best content with the Harbinger and Presage Exotic quests. Unfortunately, these exotic quests are being removed from the game with the launch of The Witch Queen expansion, leaving many to wonder how these quests' exotic weapons will be able to be obtained. Here is what is happening to Hawkmoon and Dead Man's Tale in Destiny 2: The Witch Queen.

When The Witch Queen expansion drops, Hawkmoon and Dead Man's Tale will now be available from Xur's inventory. Typically when an exotic quest is removed from the game, the exotic weapon will be placed into the Monument to Lost Lights at the Tower. Since Hawkmoon And Dead Man's Tale can have random rolls, Bungie had to think of somewhere else to put them and Xur is where they ended up.

Related: 5 tips to prepare for The Witch Queen in Destiny 2

These weapons will have a permanent spot each week in Xur's inventory. Every weekend, Xur will offer a unique roll of each weapon. Each weapon will be available for purchase at the cost of:

Hawkmoon's and Dead Man's Tale also have catalysts that are currently obtained by completing their exotic quests. When The Witch Queen is released, these catalysts will be added to the Playlist Activity (Strikes, Crucible, and Gambit) as a random drop.

So there you have it, Dead Man's Tale and Hawkmoon will still be obtainable after The Witch Queen drops. With such a hefty price, we recommend farming these weapons as much as possible before you can no longer do so for free.

What is happening to Hawkmoon and Dead Man’s Tale in Destiny 2: The Witch Queen