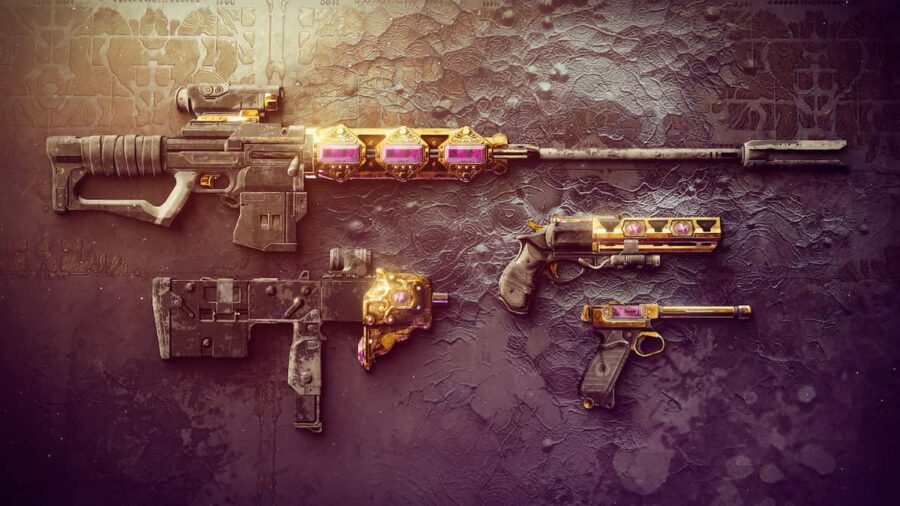 Season of the Haunted brings with it not only the return of Calus' Leviathan, but also a few Menagerie weapons from Calus' vault. Although these weapons look similar, players can expect to see a whole new suite of perks to play around with. Here is how you can craft Menagerie weapons in Destiny 2.

Crafting these weapons is actually quite simple. Once you unlock their blueprints, all you need to do is head to The Enclave on Mars. Here, you can begin shaping the weapon and choosing which perks to install. You then finish shaping the weapon by paying a set amount of Resonant Elements, depending on which perks you chose.

Which Menagerie weapons are craftable in Destiny 2?

Before we get into crafting these weapons, it's important to know which weapons can actually be crafted so we are not wasting our time hunting for Deepsight Resonance versions of a weapon. Below is a list of all the craftable Menagerie weapons. If a weapon is not on this list, it cannot be crafted.

Related: All New Craftable Weapons in Destiny 2 Season 17 (Season of the Haunted)

How to obtain Menagerie weapon blueprints

Now that we know which weapons can be crafted, we have to unlock the weapon pattern and obtain its blueprint. This is done by finding weapons that have Deepsight Resonance. These are weapons with a red border that have a chance of dropping randomly. You will want to extract the Resonant Element from these weapons to get you closer to unlocking the blueprint. You will need to extract the Resonant Element from five variants of the same weapon in order to unlock its blueprint. Once the blueprint is unlocked, you can head to The Enclave to craft that weapon in your image.

How to get Deepsight Resonance Menagerie weapons

FInding five red-border variants of a certain weapon sounds simple enough on paper, but it can actually be quite tough and will rely heavily on luck. The main way to obtain these weapons is by using Opulent Keys to open Opulent chests. These have a chance to award you with Deepsight versions of Menagerie weapons.

It's likely these Deepsight modded weapons will become easier to find as the season progresses. It is great to see some of Calus' favorite weapons available to earn once again, even if we may never get lucky enough to unlock their blueprints.

For more Destiny guides, check out Destiny 2: Where to find the Pleasure Gardens on the Derelict Leviathan right here on Pro Game Guides.

How to craft Menagerie weapons in Destiny 2