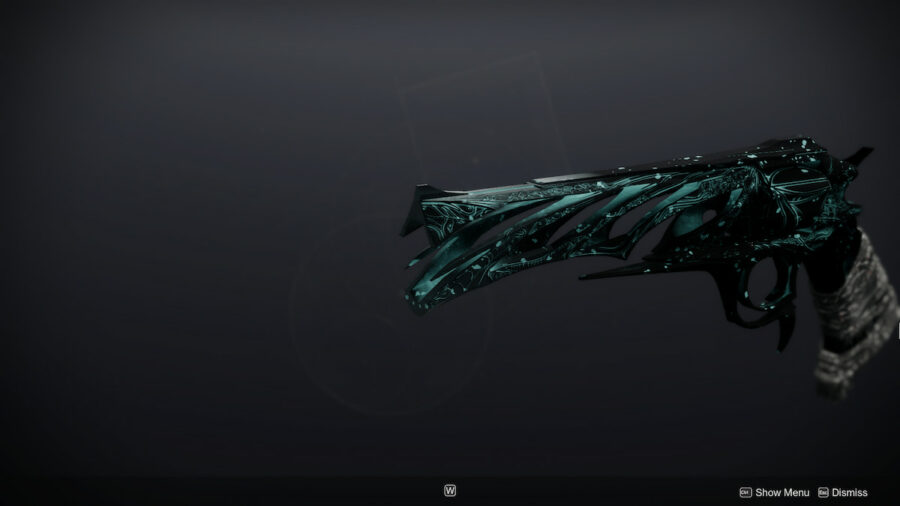 Malfeasance is a 180 RPM hand cannon introduced in the Forsaken expansion of Destiny 2. The Darkness in the Light questline was an involved process requiring no small amount of luck and perseverance to complete. But the reward was an Exotic that was a delight to use and perfect for Gambit. It comes with the perks Explosive Shadow and Taken Predator. Explosive Shadow shoots tainted slugs that burrow into the enemy. Stacking enough slugs causes them all to explode. Taken Predator deals bonus damage against Taken enemies and Gabit invaders.

As Destiny 2 has chugged along through its seasons, several Exotic quests have gone through revisions. The Malfeasance quest has been vastly simplified and this is definitely a hand cannon worth the effort. The basic quest steps are as follows:

Kill a Primeval in Gambit

The quest kicks off after killing a Primeval in Gambit. This simply translates to winning the match.

Speak to the Drifter in the Tower

After killing the Primeval, you'll be summoned by the Drifter back to the Tower.

Drifter wants you to take out 25 yellow bar Taken. These are most commonly found in The Dreaming City through missions and public events.

After netting your 25 kills, you'll need to run a special version of 'The Corrupted' Strike. It's nothing too fancy and can be completed in the standard 5-10 minutes.

You'll then have to go back to Gambit and win Gambit matches and deposit Motes. Note that dropping motes will count against your progress and have twice the value of those deposited. So play smart and cautiously.

Defeat 25 opposing Guardians in Gambit and get team invasion kills

There are two parts to this step. The first is to wipe out 25 Guardians in Gambit. These can be invaders or defending Guardians if you're invading. The second part is to get a team kill as an invader or have an ally do it three times. If you're not confident in your Gambit PvP, it's a matter of patience until you find a monster that wipes the floor with the enemy team. Otherwise, Ghallarhorn and a Super can do the trick.