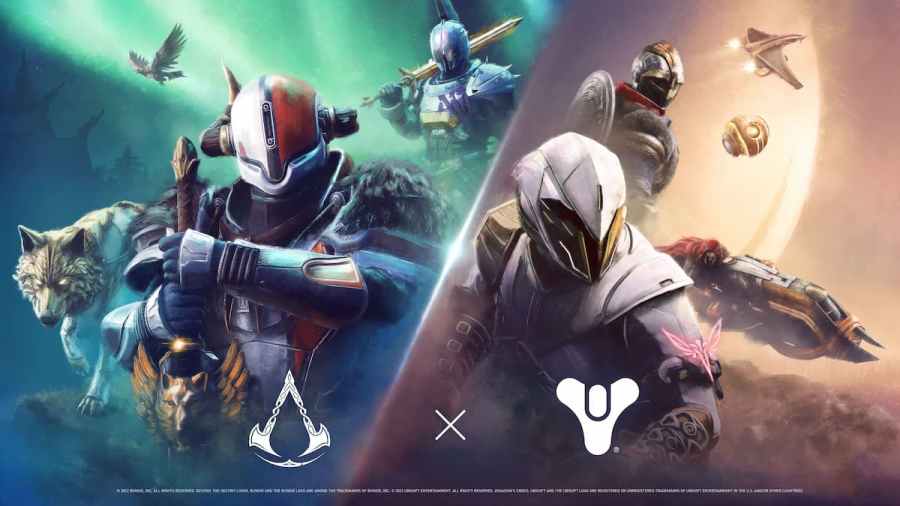 Destiny 2 is known for its spontaneous crossovers, as seen by the past Fall Guys and Fortnite collaborations. This time, Destiny 2 is combining forces with the Assassin's Creed franchise to create both a sleek armor set and accessories. This armor contains brass plates and layers of leather to protect Guardians from harm. Here's how to get the Assassin's Creed armor in Destiny 2.

How do you get the Assassin's Creed armor in Destiny 2?

The Assassin's Creed armor sets can only be purchased from the Eververse shop, which can be accessed at The Tower. Each armor set costs 2,000 Silver, which is equivalent to $20.00. If you want to equip this armor on characters of different classes, you must buy the armor set once again. The Eververse shop is also offering the Tools of the Trade bundle and Up My Sleeve finisher, which are themed after Assassin's Creed as well.

Related: What is the Competitive Division playlist in Destiny 2?

All sets of Assassin's Creed armor

This armor set features crisp robes, leather gauntlets, and several knife sheaths. This outfit combines the streamlined aesthetic of Warlocks with the practical armor of assassins, creating a fascinating contrast. The Eagle's Bond is a fantastic addition, displaying the fierce insignia of an airborne predator. This bundle costs 2,000 Silver and can only be bought from the Eververse store.

This armor set features the thick coat of a wolf, along with the famous hidden blade of the Assassin's Creed games. It's impressive how well the natural textures and heavy armor blend together in this outfit. Donned with a wolf's fur, tanned leather, and metal gauntlets, you are sure to feel the courage of the Titans. This bundle costs 2,000 Silver, and can only be bought from the Eververse store.

This armor set features draping fabric and the cold eyes of a killer. The eyes of this helmet have a slight glow to them, striking fear into your opponents. The avian engravings on the arm plates are especially gorgeous, giving a graceful appearance to the outfit. This bundle costs 2,000 Silver, and can only be bought from the Eververse store.

For more Destiny 2 guides, come check out How to get the Moments of Triumph 2022 Shirt in Destiny 2 here on Pro Game Guides.

How to get the Assassin’s Creed Armor in Destiny 2