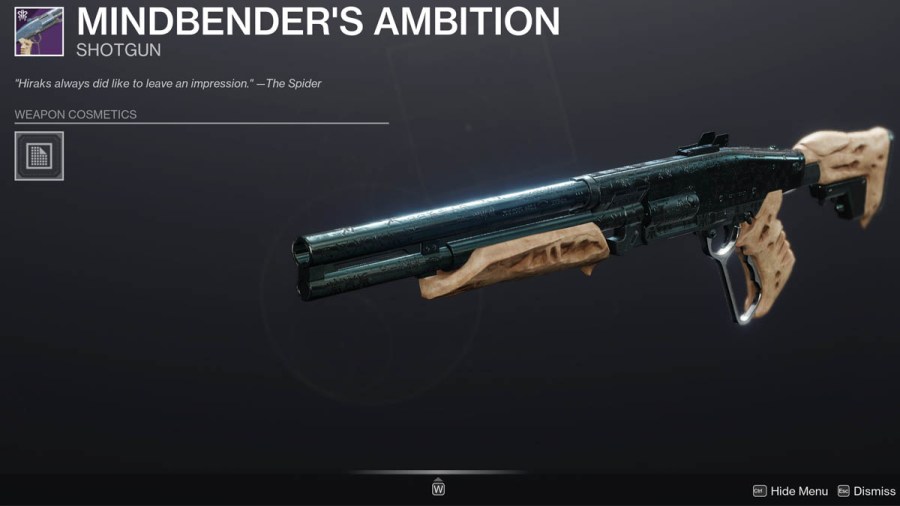 Originally introduced with the Forsaken expansion, Mindbender's Ambition spent some time in the Destiny Content Vault before coming back in Season 18. Now this Hive-influenced shotgun can roll with some nasty perks. So, how do we get it into your hands?

How to get Mindbender's Ambition in Destiny 2

Mindbender's Ambition is a reward that has a chance to drop when completing The Lightblade Nightfall. Note that it isn't a guaranteed drop, so it may take a few runs to obtain this weapon.

Related: How to get Sagira’s Shell in Destiny 2

For more Destiny 2 goodies, check out How to Beat Oryx in King’s Fall – Destiny 2 Raid Guide on Pro Game Guides.