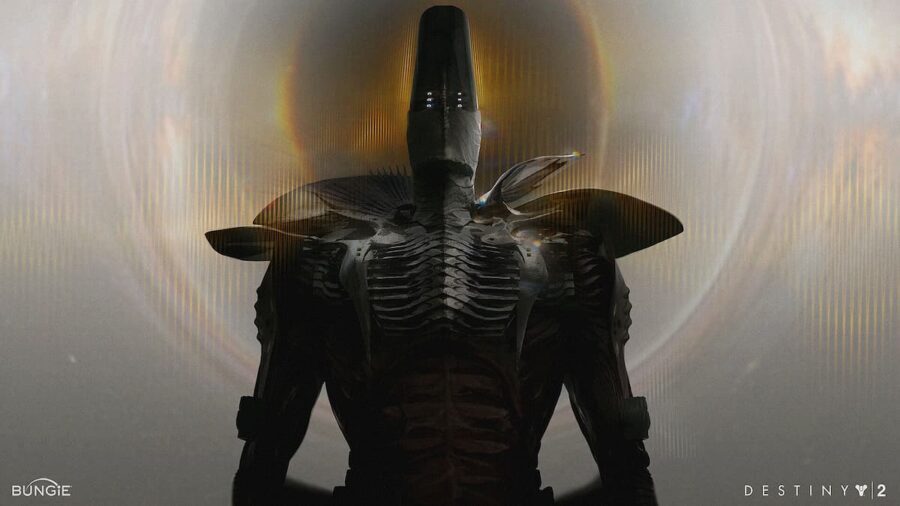 The world of Destiny is a deep and rich one, and part of what makes the game so appealing is its complex lore, with every NPC, Destination, and obtainable item adding a piece to the puzzle. With The Witch Queen expansion, tons of new characters, both good and evil, were introduced to Guardians for the first time. However, one of the most powerful characters introduced was not the Witch Queen herself but an agent of Darkness known as Rhulk.

Rhulk is the first of the Disciples, agents of Darkness who act on behalf of The Witness. Guardians run into Rhulk during the Vow of the Disciple raid where he serves as the final boss. It is his Pyramid that you see in Savathun's Throne World, as Savathûn trapped both the Pyramid and Rhulk when she was reborn into the Light.

Rhulk hails from the planet Lubrae, a civilization that the Traveler once blessed until it moved on to another worthy civilization. Because of the Travelers exit, Rhulk developed a hatred toward the Light and the Traveler. This caused him to be embraced by The Witness and its Black Fleet. The Witness then used Rhulk as his instrument to cease control of the Worm Gods and force them to serve the Darkness. Under Rhulk and The Witness' control, the Worm Gods would then trick Savathûn and her sisters into creating the Hive species.

Savathûn catches on to this after some time and decides that she is tired of doing the bidding of Rhulk and The Witness. She gets reborn into the Traveler's Light and tries to take on the Darkness. With the Light, she is able to trap Rhulk and his Pyramid in her Throne World, which is where we Guardians face off against him in the Vow of the Disciple Raid.

So there you have it, that is how Rhulk fits into the wider world of Destiny. It definitely helps us know who the enemy is and what his motivations are before going on a conquest to bring him to an end.

For more Destiny guides, check out How to get the Forerunner Exotic Sidearm in Destiny 2 (Magnum Opus Quest) right here on Pro Game Guides.

Who is Rhulk, Disciple of the Witness? – Destiny 2 Lore