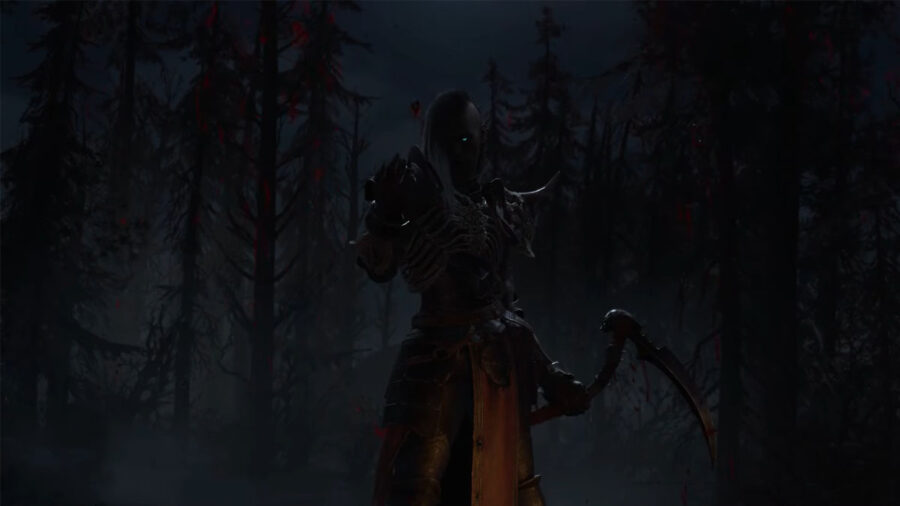 Diablo IV has a pending release date of sometime in 2023.

What Platforms Will Diablo IV Be Available On?

Diablo IV is spreading its influence to a host of platforms. This shouldn't be shocking to longtime fans of the series as Diablo 3 spread to everything from Switch to PC. Though it is possible to expand in the future, the following are the only confirmed platforms.

Will Diablo IV have crossplay?

Yes! Players across multiple different platforms will be able to play with one another in this grand and open world. Additionally, local co-op will return with support for two players adventuring together on one console.

Does Diablo IV have an Offline Mode?

Diablo IV will NOT have an offline mode.

Related: How to register for the Diablo 4 Closed Beta

The Barbarian has unparalleled strength and expertly wields an entire arsenal in battle, with a weapon for every occasion. He bellows intimidating war cries and unleashes ground-shaking slams to send approaching hordes reeling.

The Druid is a savage shapeshifter, fluidly transforming between the forms of a towering bear or a vicious werewolf to fight alongside the creatures of the wild. He also commands the power of earth, wind, and storm, unleashing nature's wrath to devastating effect.

The Sorceress shapes the elements into whatever form is necessary to ensure victory, from hurling bolts of lightning, impaling her foes upon jagged spikes of ice, and raining flaming meteors down from the sky.

The Rogue is an adaptable, agile warrior who can specialize in ranged or close-quarters combat. She can best any foe with her imbued weapons, perform powerful combo attacks, and can augment her arsenal with deadly poisons and shadow magic to slay demons with impunity.

Necromancers are cunning summoners that conjure vengeful hordes of the undead. Their Essence flows into three powerful bastions of Bone, Blood, or Shadow to bring low their enemies.

Will Diablo IV have PvP?

PvP will be making a return in Diablo IV. Players that enter designated PvP zones will be able to take on one another for chances at some premium loot.

Lilith is the daughter of Mephisto, Lord of Hatred, and the sister of Lucion and is known as the Queen of the Succubi. Lilith first appeared in Diablo 2 and is sometimes known as Uber Andariel, which is an Uber boss monster you encounter during the Pandemonium Event. Lilith's writings can be found in Act 5 of Diablo 3 in the Pandemonium Fortress, but she does not appear as an in-game model. Based on the cinematic for Diablo IV, it looks like she will be the main villain of the game.

What are strongholds in Diablo IV?

Strongholds are enemy camps that can be cleared out and reclaimed for the citizens of Sanctuary. Each Stronghold that is cleared will be converted and transformed into something far less sinister from a new dungeon to a new town.

For more Diablo goodies, check out What is the Helliquary in Diablo Immortal? How to unlock, how many players, & more on Pro Game Guides.

Everything we know about Diablo 4 – Release date, platforms, & more