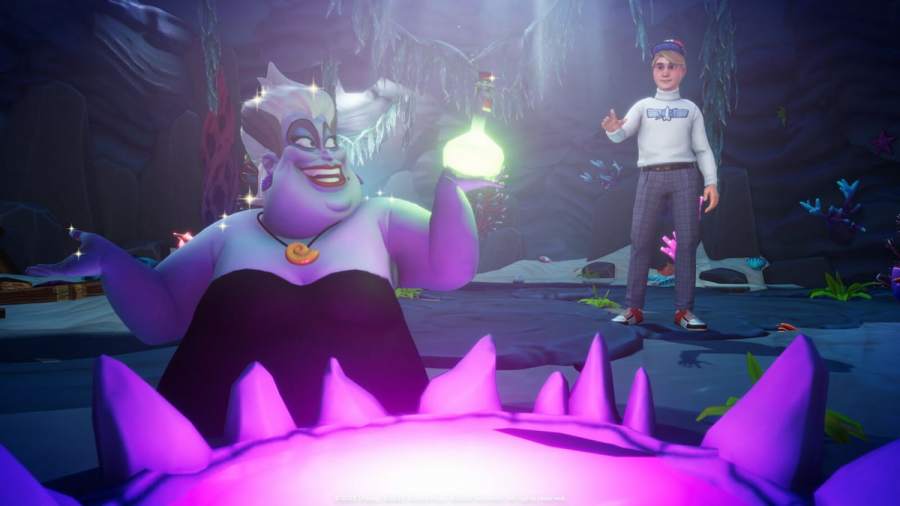 There are a lot of quests you can complete in Disney Dreamlight Valley, but there's a specific quest that you can complete with Ursula. Thankfully, this quest is fairly easy, as you only need to collect three items. And we'll tell you exactly where to find them.

Finishing this quest will give you a couple of rare goodies. Here's what you'll need to do to begin and complete the A Deal With Ursula quest:

Related: Where to find Bell Flowers in Disney Dreamlight Valley

All Crystal Locations for Ursula in Dreamlight Valley

In Disney Dreamlight Valley, there are several different biomes. That can make knowing the locations across the map tricky. To know where to go when finding these dark crystals, look at your map by pressing M on your keyboard. Here are all of the dark crystal locations: