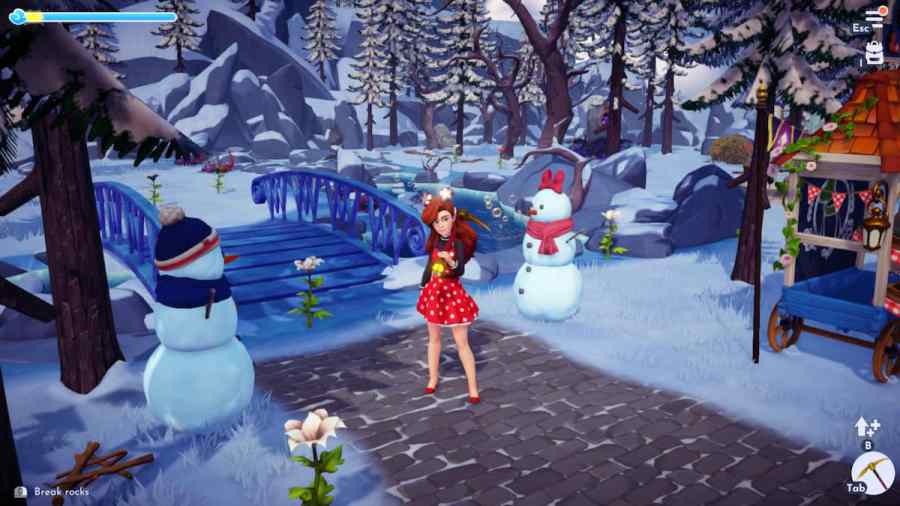 How to complete the Do You Wanna Build a Snowman? Dreamlight Task in Disney Dreamlight Valley

In a line taken directly from the popular Frozen song, Do You Wanna Build a Snowman? is completed by crafting and placing a snowman somewhere in your Village. Placing it in the Frosted Heights Biome probably makes the most sense, décor wise, but Disney Dreamlight Valley is all about letting your creativity run wild.

Related: How to make a Gingerbread House in Dreamlight Valley

You can use any of the four snowman crafting recipes to complete this task: Classic Snowman, Haughty Snowman, Snow Kid, or Snow Lady. Here are the items you would need to craft a Classic Snowman:

Once you've placed the Snowman you can collect your reward from the Village tab of the Dreamlight Menu. It's the second from the bottom in the list on the left hand side of the screen. Your reward is a pair of Festive Candy Ears with a Bow similar to the reward you get from Cookie Taste Test.

How to complete Do You Wanna Build a Snowman? in Dreamlight Valley