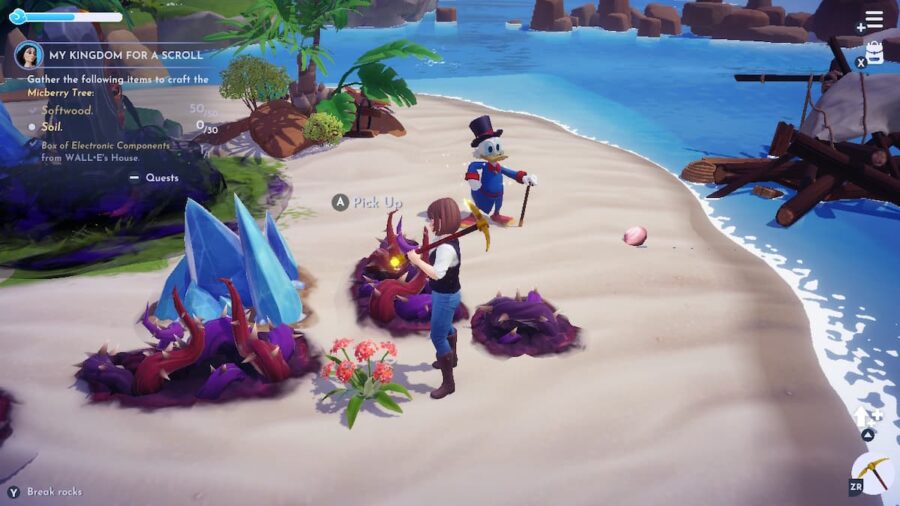 Disney Dreamlight Valley includes many items that are rarer variations than it's similar counterparts. Is the White and Red Hydrangea one of them? According to Ursula, it is. Read on to learn where we were able to find this flower.

Related: How to make Greek Pizza in Dreamlight Valley

Where to find White & Red Hydrangea in Disney Dreamlight Valley

The Red and White Hydrangea is a flower found in the Dazzle Beach Biome. Not to be confused with Pink Hydrangeas, it seems to spawn at a lower rate than some other varieties. As far as we know, there are no other stipulations for it to spawn, like time of day. Look for a hydrangea that is more red than white. We were able to locate one on the small island south east of Dazzle Beach with the second orb pillar located there.

You'll need a Red and White Hydrangea to give to Ursula as part of Scrooge McDuck's What's Bad for the Business questline. She'll give you a catfish in exchange for the flower. Once Scrooge hears, he'll give her a lesson, though, for trying to cut a bad deal. It prompts Ursula to placate him with a gold coin, which really catches Scrooge's eye. And, of course, leads to another quest, The Treasure Hunt.

Where to get White & Red Hydrangea in Dreamlight Valley