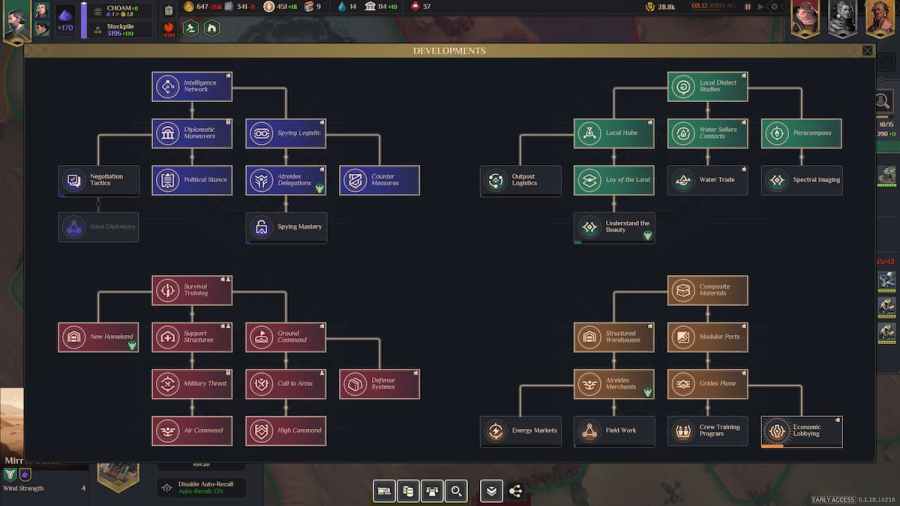 The game features four primary Development trees: Intelligence Network, Survival Training, Local Dialect Studies, and Composite Materials, and all of the unlockable Developments are listed below. We played as all of the Houses during the Early Access and discovered that some of the following Developments may vary depending on the House you have selected:

Related: Who are the Fremen in Dune: Spice Wars?

All Developments in Dune Spice Wars