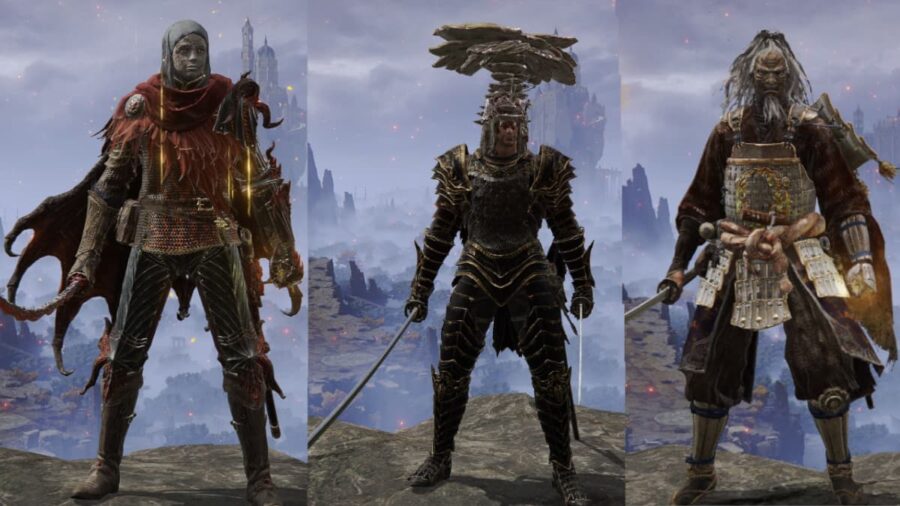 Elden Ring has many potential weapons, spells, and skills to use. It can be hard to choose an effective and fun build to play. Here is a list of the best dexterity builds to try.

The Faith Warrior is all about buffing your damage with incantations. Black Flame Blade or Blood Flame Blade to buff their Nagakiba. Blood Flame Blade will also increase your blood loss buildup with the Nagakiba, triggering the status effect more often. The Lord of Blood's Exultation talisman increases your damage even further when the blood loss effect is triggered (this can also be triggered with the Seppuku Skill). Flame, Grant Me Strength further increases physical damage dealt.

The Poison Samurai dual-wields Uchigatanas with poison Ash of War's slotted to apply Poison buildup and blood loss buildup simultaneously. When poison is triggered, Kindred of Rot's Exultation and Mushroom Hat will increase your attack power, while Lord of Blood's Exultation will increase your attack power further once blood loss is triggered. The Seppuku skill also increases your attack power while triggering Blood loss in yourself. You can use poison Moth Flight skill to increase the poison buildup on enemies, however, it's primarily used when a target is poisoned as it will trigger the poison to explode, dealing large amounts of damage immediately and allowing you to reapply the poison status.

The Blood Samurai uses one of the strongest weapons in the game, Rivers of Blood Katana. This build focuses on using the unique skill, Corpse Piler, as your primary attack. This weapon does physical and fire damage and blood loss buildup. The White Mask will further increase your damage when blood loss is applied. This build also uses the Flame, Grant Me Strength incantation as it buffs physical and fire damage which are the two main damage types here. Carian Filigreed Crest reduces the cost of the Corpse Piler skill, while Shard of Alexander talisman increases its damage.

For more on Elden Ring guides, check out What are the best starting classes in Elden Ring? and Elden Ring Update 1.04 Patch Notes (April 2022)