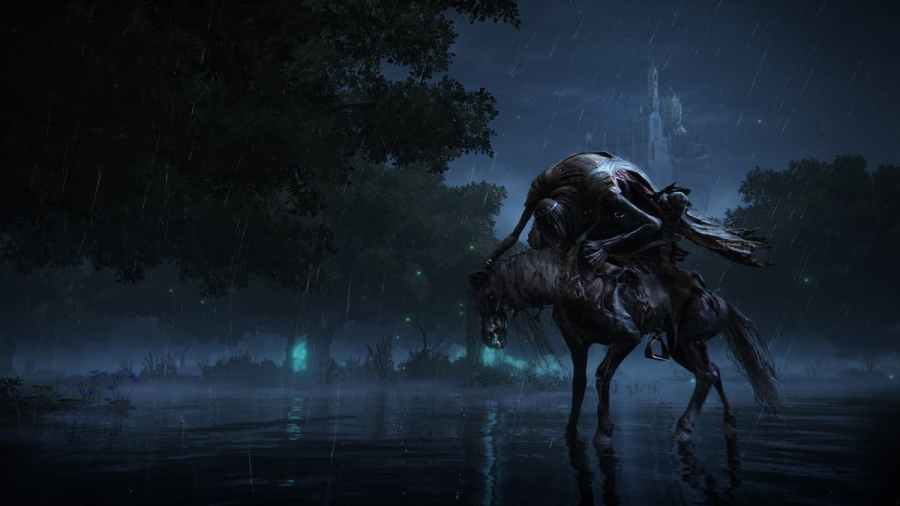 How to get an invitation

To receive an invitation, you'll need to complete a short quest for a woman named Rya. She can be located to the northwest of Stormveil Castle in a large shallow lake. If you keep your ears open, she will initiate dialogue with you from a distance, she will be standing in a stone gazebo. She will tell you that she was robbed of her necklace by some ruffian, who ran off to a nearby abandoned house.

After heading northwest again, you will discover the Boilprawn Shack. At the Boilprawn Shack, you will find the ruffian alongside a site of grace. Speaking to the ruffian opens a trade menu that will allow you to buy back her necklace for 1000 runes. Or you could just kill him and take it for free. After retrieving the necklace, return to Rya and she will thank you by allowing you to have an audience with her lord. She will then bid you farewell after handing you the Invitation.

Related: Where to deliver Irina’s Letter in Elden Ring

While killing the ruffian is the easiest option, he is also the only producer of Boiled Prawns. Most would just ignore the item, but Boiled Prawns boost physical damage negation for a short time, which can come in handy.

How to get an invitation to Volcano Manor in Elden ring.