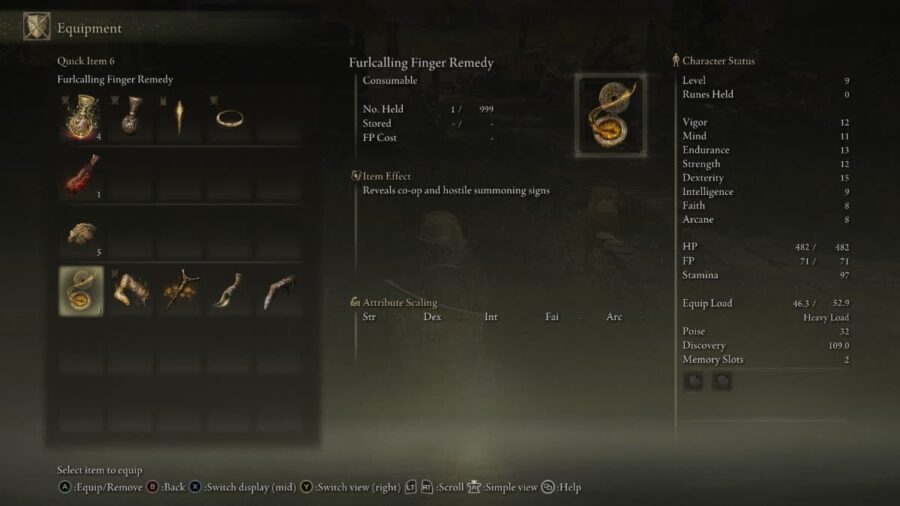 You will also need to be in a boss area with an undefeated boss to use either the Tarnished Finger or Furlcalling Finger Remedy.

Related: Can you change between Day and Night cycles in Elden Ring?

Luckily you can also purchase a kit from the Merchant for 300 Runes. You can get runes from killing enemies, so we recommend farming if you don't have enough.

Once you have both the kit and Furlcalling Finger Remedy recipe, you will be able to craft one with two Erdleaf Flowers. You can find Erdleaf Flowers throughout the starting area near bushes and grass. After getting the required flowers, head into Item crafting under the inventory menu.

After crafting one Furlcalling Finger Remedy, go under multiplayer. Under multiplayer, click the Tarnished Finger and set up a password. Your friend can then use this password to join your game when accessing your summoning sign.

For more on Elden Ring, Pro Game Guides has you covered!

How to play with friends in Elden Ring?