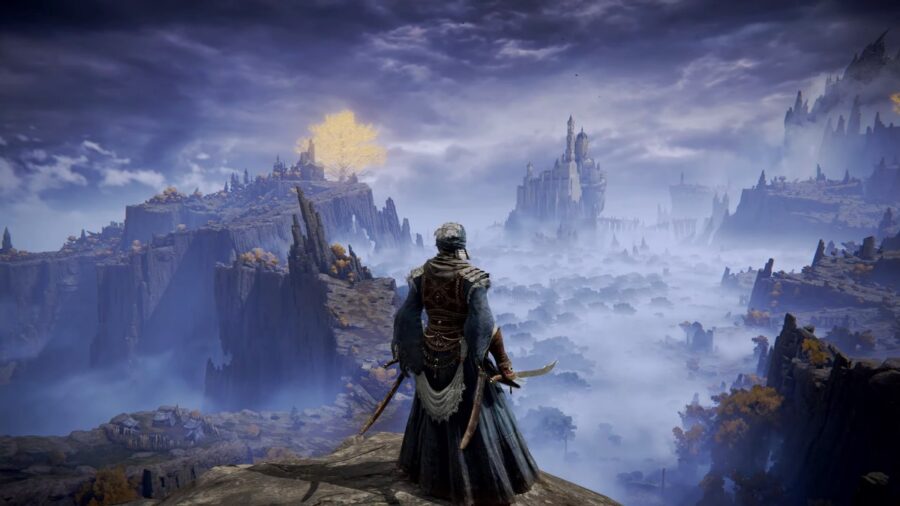 Contrary to popular belief, Elden Ring is not, in fact, based in the same universe as Dark Souls, nor is it a prequel, sequel, or even a spin-off of the Souls series. Of course, it's hard to believe such a thing when both worlds clearly dip toes into similar pools. However, besides the genre and a few gameplay elements, the two are surprisingly worlds apart.

Although developer FromSoftware has crafted a new kingdom for Elden Ring to govern, it's clear one or two tools were borrowed from the Souls series to help erect its foundations. According to Hidetaka Miyazaki, the life and soul behind the project, Elden Ring is a "more natural evolution of Dark Souls." In a 2019 interview with IGN, the game creator also confirmed that the game will be of "the same genre," but otherwise unrelated.

Related: What is the exact unlock time of Elden Ring?

Elden Ring is set to launch on Feb. 25, 2022, on Xbox One, Xbox Series X/S, PlayStation 4, PlayStation 5, and PC. Pre-orders are currently available on the Microsoft Store, PlayStation Store, and Steam.

You can find more news and guides for Elden Ring and all things Souls-like right here on Pro Game Guides.